There aren’t a ton of big-name goalie options on the NHL free-agent market this season, but one intriguing name could eventually get worked into the conversation.

That name, of course is Tim Thomas. The former Bruins goalie sat out the 2013 season with his Boston tenure coming to an unceremonious end when his rights were traded to the Islanders. Thomas is now technically a free agent, but it’s unclear if he’ll play this season.

ESPN.com’s Pierre LeBrun wrote Wednesday that Thomas’ status is still up in the air at the moment.

The 2011 Conn Smythe winner’s status is apparently still undecided right now. He’s yet to rule out a return, although there haven’t been any strong indications that he’s going to be back, either. The 39-year-old Thomas was last seen giving up a game-winning goal to Joel Ward in the Bruins’ first-round series loss to Washington in 2012. Thomas went 35-19-6 with a 2.36 goals against average and a .920 save percentage during the regular season. 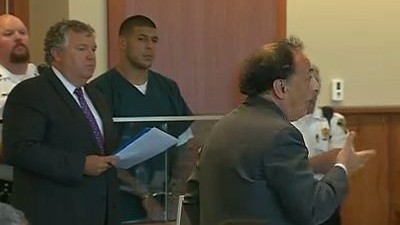