There’s no doubt that relations between the United States and Russia are strained. Although the two countries collaborate quite well on space exploration, for instance, Syria and North Korea have been two huge points of contention. Just this week, Russia refuted U.S. claims that Syrian president Bashar al-Assad had used chemical weapons on his own people.

From Robert Kraft‘s perspective, he should probably have some gifter’s remorse.

Back in 2005, the Patriots owner met with Russian president Vladimir Putin in Russia as part of a meeting with several other prominent American businessmen. At the time, it was well-known that Putin ended up with Kraft’s Super Bowl ring, and Kraft himself called it a gift.

“I showed the president my most recent Super Bowl ring,” Kraft said in a statement. Putin “was clearly taken with its uniqueness. At that point, I decided to give him the ring as a symbol of the respect and admiration that I have for the Russian people and the leadership of President Putin.”

However, seven years later, Kraft is reversing his story, saying that Putin basically stole the ring from him, according to the New York Post.

“I took out the ring and showed it to [Putin], and he put it on and he goes, ‘I can kill someone with this ring,'” Kraft said to the crowd at Carnegie Hall?s Medal of Excellence gala. “I put my hand out and he put it in his pocket, and three KGB guys got around him and walked out.”

Where this story gets even crazier is in the apparent importance of the ring to international relations. Kraft says he got a call from a very high place, asking him to not make a fuss about the apparent theft.

“I really didn?t [want to give up the ring],” Kraft said. “I had an emotional tie to the ring, it has my name on it. I don?t want to see it on eBay. There was a pause on the other end of the line, and the voice repeated, ‘It would really be in the best interest if you meant to give the ring as a present.'”

That voice on the other end of the line? Kraft says it belonged to then-president George W. Bush. As to what happened to the ring, the Post says that it is kept in the Kremlin library.

No word on how, precisely, Putin would kill a man with a Super Bowl ring. However, considering his martial arts skills, willingness to track and shoot a Siberian tiger and desire to go back to Stalin-era physical fitness tests, we’ll give him the benefit of the doubt that he could. You know, if he wanted to. 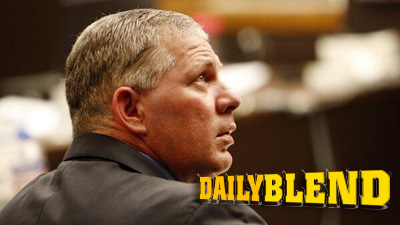