Roberto Martinez Must Change His Ways in Order to Take Everton, His Own Career to Next Level - NESN.com Skip to content Dave Whelan says Roberto Martinez is “tailor-made” for Everton. The Wigan owner may be right about his former employee, but all should remember that suits, like the people who wear them, can, and often do, change in no time at all.

On Wednesday, Martinez left Wigan to take the manager’s job at Everton. He told a news conference that it was a “natural transition” for him to move to a bigger club and shoot for larger targets.

“It’s been a phenomenal time at Wigan, and I enjoyed every second of it, but after four years it was the right time,” Martinez said.

“After I met the chairman, I knew that Everton was the right football club so it has been a natural transition. It’s the right time now to be involved in such an exciting challenge.”

This is a defining moment in Martinez’s managerial career, as he comes to Everton with conflicting aspects to his reputation. He simultaneously guided Wigan to glory in last season’s FA Cup and steered the Lactics into the abyss of relegation from the Premier League. Martinez must reconcile that contradiction and fill the giant void left by former manager (and noted miracle worker) David Moyes. It’s a tall task, but Martinez is adamant that he can step out of Moyes’ footprints and lead Everton to higher heights.

“I feel fortunate that I am able to carry on that work he’s done, Martinez added. “He [Moyes] has given Everton an identity and set incredible standards. I want to be humble enough and hard-working enough to take that magnificent job onto the next level.

“We can carry on looking to achieve more. Finishing in the top six was a magnificent achievement for Everton and we need to carry on building if we want to improve on that.”

Behind closed doors, Martinez told his new boss, chairman Bill Kenwright, what he can deliver.

“Almost Roberto’s first words to me were, ‘I’ll get you in the [UEFA] Champions League’,” Kenwright said. “That is extraordinary for a man who doesn’t know much about the club from the inside but had obviously studied the club.”

At Wigan, the 39-year-old Martinez forged a reputation as a loyal, hard-working and fiscally prudent manager whose teams play entertaining and expansive soccer. He’s also fiercely driven and has a deep knowledge of the game, which makes this marriage with Everton seem like a perfect fit — at least on the surface. Martinez is young, capable and ambitious manager. In fact, Whelan thinks he’s already one of Europe’s best. Both he and Martinez see Everton as the perfect stepping stone to a job at a top club (either in England or in continental Europe).

But something seems amiss with Martinez’s move to Goodison Park. It’s hard to pinpoint what it is, but the words “natural transition” and “tailor-made” are at the heart of it.  Taken together, they represent the  contradictions and potential pitfalls in Martinez’s big step. After all, how can something be “natural” and “tailor-made” at the same time?

Moyes transformed the Toffees during his 11 years in charge, earning the everlasting admiration of Evertonians everywhere. He controlled every aspect of the club and worked tirelessly to improve it on a limited budget. Martinez did the same at Wigan, spreading his influence from the first-team’s dressing room down to the youth academy practice sessions. He too had little money at his disposal — less than he’ll receive at Everton. Conventional wisdom says he should transfer his Wigan methods to Everton, and it will all work out. That would be the easiest and worst thing Martinez could do.

Martinez was so powerful at Wigan because of his special relationship with Whelan. Their partnership dates back to 1995 when Whelan signed Martinez as a player, and the two cemented it while the Spanish tacticians reigned as manager between 2009-13. Martinez wouldn’t have made such an impact without Whelan’s unyielding support of the chairman, especially during the annual relegation battles and other crises. Martinez must create a similar manager-chairman dynamic with Kenwright at Everton if he expects to amass and wield the same amount of power and influence.

Doing so won’t be easy, as no two relationships are exactly the same. Kenwright is the boss, but Everton is a bigger club and there are other influential parties at the club whose interests he must also serve. These include higher-caliber (compared to Wigan) players, many of whom represent their countries, and fans who have higher expectations than those at Wigan do. Martinez walks into a different political situation than the one he left, and any missteps in this regard can have lasting negative consequences. Should Martinez’s Everton struggle or lurch toward crisis, there’s no guarantee that Kenwright will back him like Whelan did.

Martinez signed a four-year contract with Everton, but there’s a chance the club could be sold before 2017. Kenwright has been searching for potential buyers or investors for years. Should one come in and complete a full takeover of Everton, Martinez’s perfect stepping stone would lose the solid ground on which it currently stands.

It’s more likely that on-field events will determine Martinez’s fate at Everton. This is where the contradiction between natural and tailor-made is evident once again. Moyes’ Everton teams attacked with style, but they were built on a foundation of defensive solidity. Martinez must choose how much defensive rigidity he is willing to sacrifice in exchange for greater fluidity in attack. The stakes are higher at Everton, as small details are often the difference between wins, losses and draws at higher levels.

Tradeoffs like those extend to the expectations Martinez set with Kenwright and  fans. If he consolidates the gains Everton made under Moyes, he will be a success, but some will see that as a failure. There’s no shame in Everton finishing in the top six, and most Evertonians would accept another two or three top-six finishes. But Martinez wants to take Everton to the next level, and the tangible markers forward progress are either trophies or Champions League qualification. Will he construct a squad good and deep enough to win Everton’s first trophy since 1995 and join Europe’s elite at the same time?

Martinez’s move to Everton is a two-sided gamble, and winning such a bet requires more than luck. He must work hard, show genuine managerial acumen and be a politically savvy operator in order to sustain Everton’s current position. He’ll need all that and more to improve what Moyes built and join the Premier League elite. Martinez’s great task is to figure out exactly what that “more” is.

Copying the approach that got him to this point is a dangerous strategy. Martinez must adapt to a new reality, and he doesn’t have much time to do so. He has a one-year grace period on that four-year deal. If Everton isn’t showing signs of tangible forward progress by the halfway point of year two, don’t expect Martinez to spend all four years at Everton and take charge of one of the game’s super-clubs after that. Unlike suits, life and soccer don’t always move in straight lines. 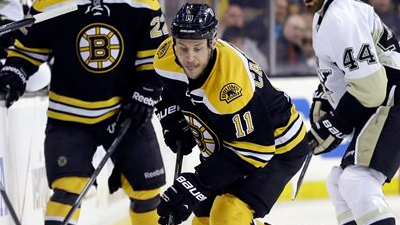