Tebow’s popularity has zipped past cult-level status into the reaches of huge celebrity, where those inundated by the popular quarterback’s image can fight back with some creativity of their own. First come the clever tabloid headlines. Next up, apparently, are the T-shirts.

Boston Magazine has a nice roundup of some of the best offerings so far, with one of the most clever being one that puts Tebow’s celebration stance, Tebowing, together with the Patriots’ flying Elvis logo.

Check out the T-shirt, which has sadly been bought off eBay already, in the photo below. Red Sox Starters Must Step Up During Current Stretch, As Bullpen’s Workload Getting Way Too Heavy 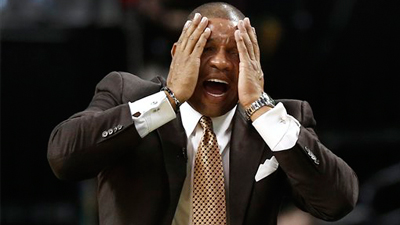 Doc Rivers Leaving Celtics Would Be Disastrous, But No Reason to Believe Coach Is Gone Yet