Tim Tebow Will Not Cause Distraction by Creating Circus in New England, No Matter How Hard Media Tries - NESN.com Skip to content The biggest knock on Tim Tebow during the three years of his pro career (other than that pesky lack of accuracy) has been the so called “media circus” he creates. There’s no way the Patriots will put up with that.

That’s why New England may be the perfect destination for Tebowmania. It’s doubtful the Patriots let Tebow talk more than a few times this season. We may be allowed to talk to him on Tuesday during minicamp, but that will likely be it until July’s training camp, when we’ll be lucky to speak to him a couple more times before the season starts.

ESPN and NFL Network can camp out all they want in southern Massachusetts (the Sharon Inn on Rt. 1 is inexpensive), but that doesn’t mean they will get to see much of the former University of Florida quarterback off the field. The fact that Tebow doesn’t have a Mark Sanchez-esque quarterback to compete with helps, too. No one’s beating out Tom Brady, and even if the Patriots’ starter got hurt, it’s unlikely Tebow could beat out Ryan Mallett, either.

That means that fans won’t be constantly badgering the team to “give Tebow a chance.” No one is going to want to see Tebow under center. Because that means Brady won’t be.

Who knows if Tebow will even play quarterback for the Patriots. The team cut Mike Kafka on Monday, which leads everyone to believe Tebow will be taking snaps in Foxboro, but really, that could have been because Kafka was ineffective during OTAs (which he was). Tebow could just as easily be used at fullback, running back, H-back, tight end, linebacker, punt protector or water boy — really any position you can imagine a 6-foot-3, 236-pound athlete playing.

Fans should take very little umbrage with Tebow being around. They don’t need to hear about him if they don’t want to and he’ll likely have very little affect on the team. Bill Belichick won’t be taking Brady off the field (if that was a possibility, Julian Edelman would have been used as a wildcat by now) and if he is used, it will be in the smartest way possible (in Bill we trust). So don’t worry about hearing of any “secret wildcat” plays being run in the bubble away from the pesky press.

The only issue fans can have is if they have some personal problem with Tebow — which would be insane, because it’s likely they have never met the man. Obviously everyone has an opinion on Tebow, and it probably doesn’t help that he’s a former Jet. But Tebow had very little chance to embarrass himself in New York. Sanchez kind of took all of those opportunities (butt fumble).

Some may be wondering why the Patriots would even take a chance on a player like Tebow. Belichick and Josh McDaniels have a deep connection with the QB. Belichick is buddies with his college coach, Urban Meyer, and McDaniels drafted the guy in the first round. They know he’ll work hard and they know he won’t be getting into trouble off the field. There’s a lot you can say about Tebow, but the guy obviously loves football.

None of this is to say I think this is a particularly good signing. There’s nothing to say that Tebow can catch the ball and the Patriots already have plenty of talented running backs and tight ends. Keeping Tebow on the roster could mean letting a talented player like Zach Sudfeld go eventually. But just because Tebow is high-profile doesn’t mean he’ll automatically make the 53-man roster.

Tebow will be given the same opportunity as anyone else, because as Kyle Love and Brandon Deaderick know, that’s the Patriots way. Nothing is guaranteed in New England. 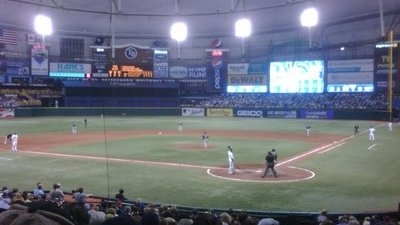