If there are two things that were always meant to go together, it’s octogenarians and microblogging.

Nowadays, Vin Scully doesn’t always travel with the Dodgers when they head out on the road. Scully still calls every L.A. home game, but when the team travels to destinations outside of the Western Division, the 85-year-old stays at home, no longer up to MLB’s brutal travel schedule.

So, when the Dodgers take on the Yankees for a doubleheader on Wednesday, Scully will not be at Yankee Stadium. However, since he won’t be calling the game, that frees up Scully to enter the world of social media, as the Dodgers have put him up to the task of handling Twitter duties for a few hours.

According to the Dodgers’ Twitter account, Scully will take over the @Dodgers handle for Game 2 of the doubleheader. No word on what content ideas Scully has in mind, but he’ll begin around 7 p.m. ET.

This actually isn’t the first time Scully’s made waves on Twitter. Last August, Scully ended up getting L.A. catcher A.J. Ellis trending on Twitter just because he implored fans to do so. At the time, the 63-year Dodgers announcer admitted that he didn’t know much about Twitter, but, hey, that’s part of the charm of Wednesday’s stunt. 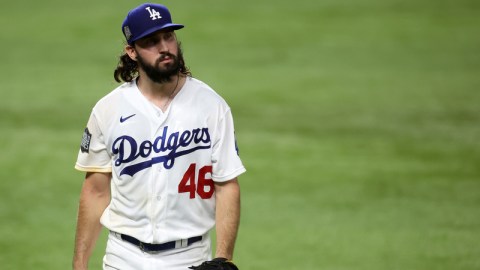