FOXBORO, Mass. — Bill Belichick got mostly rave reviews for his 22-minute press conference on Wednesday that started with a written statement and concluded with the head coach showing a different side to the media, answering questions extensively and thoughtfully.

His players were apparently impressed, as well. Vince Wilfork praised his head coach during his own 15-minute session with the media Thursday.

“I think he handled it very, very well,” Wilfork said. “Like I said, it was just sad, sad. It?s a sad day. It?s disappointing. I think he put it the best way. I think Robert Kraft and Bill handled it pretty perfectly.

Obviously the Patriots don’t handle situations this serious on a regular basis. It deserved a different type of tenor from all facets of the organization. Wilfork stuck up for his coach, who regularly gets criticized for the way he handles the media.

“You know what, he gets a lot of grief about who he is as a coach, but at the end of the day, we?re all human beings and a lot of people are seeing that because it?s beyond football,” Wilfork said. “It?s not just football. This is real life. This is a human being. This is life and I think a lot of people are seeing that form the way our organization handled it, from Bill and Robert. And I hope people respect that from them.”

The defensive tackle also went to bat for the Patriots organization as a whole. As Belichick said Wednesday, hundreds of players have played for the Patriots since the head coach took over and the great majority of them were model teammates on and off the field.

Kraft chose a different route from Belichick, electing to speak to ESPN, The Boston Globe and the Boston Herald privately in his office. Kraft said he felt “duped” by Hernandez. 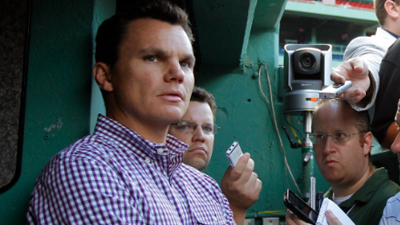