Contrary to popular belief, the NBA of the last half-decade has not been defined by team-hopping stars or an epidemic rise in flopping. Nope, the defining characteristic of the modern NBA is the swift move from traditional methods of scouting and game-planning into innovative, computer-drive models of doing the same.

This is neither good nor bad. It just is.

As a result, self-proclaimed stat nerds like Houston general manager Daryl Morey have become fast celebrities in some circles. Players like Shane Battier have found their way onto championship-caliber squads thanks to all the nice things advanced statistics say about them. Exactly 10 years after Moneyball was published and changed the way people thought about baseball, basketball has finally gotten around to accepting the idea that there are different ways of thinking about its sport, too.

What does this all have to do with Brad Stevens, who was hired Wednesday to be the head coach of the Boston Celtics? Stevens won’t be in the front office. Celtics president of basketball operations Danny Ainge will still be the guy pulling the strings in personnel matters, while his son Austin Ainge is known to voice his opinions with a more analytical bent. With or without Stevens, the Celtics would evaluate players and opponents by more than their vertical leap and what offensive sets they run, respectively. But Stevens hammers home the point.

Stevens built his reputation as one of basketball’s bright young coaching minds through his ability to beat college basketball’s heavyweights with supposedly inferior talent at Butler. He led the Bulldogs to two NCAA championship games, where they lost to Duke and UConn after beating the likes of Syracuse, Michigan State and Florida. Those Butler teams boasted some incredible players, such as current pros Gordon Hayward and Shelvin Mack, and even the best system is useless without competent athletes. But Stevens’ use of statistical analysis took on a near-mythic quality the more heavyweight programs Butler took down.

Now, the era of analytics has officially migrated from the front office to the bench. To borrow Bill Parcells‘ analogy, teams aren’t just looking for people with statistical minds to buy the groceries; they want some to make the dinner, too. Mike Budenholzer, formerly Gregg Popovich‘s right-hand stats man on the Spurs’ coaching staff, was gobbled up by the Hawks to be their head coach at the first opportunity. Vivek Ranadive, the lead owner of the Kings, emphasized that a familiarity with analytics would be a requirement for whomever Sacramento hired as its coach, making Golden State assistant Mike Malone an understandable choice. Heat coach Erik Spoelstra, at age 42, is already like the godfather of coaches who started out as lowly video coordinators and stat compilers.

Of course, this works both ways. Old-school coaches must adapt or go extinct. Lionel Hollins, fresh off directing Memphis to a franchise-record 56 wins, was let go largely out of his disagreements with Robert Pera‘s analytically minded front office. Hollins was not offered another job this offseason. So it goes.

Stevens should have no such disagreements with Ainge. He’ll have some disagreements, naturally, but they won’t be about the relevance of efficiency ratings or pace factors. In those aspects of the game, the Celtics front office will be on the same page as its coach, and that is a battle many of the new breed in basketball executives are still fighting: They come to their coaches with an iPad full of charts and graphs, only to have the coach smile, shake his head and toss the iPad off to the side. 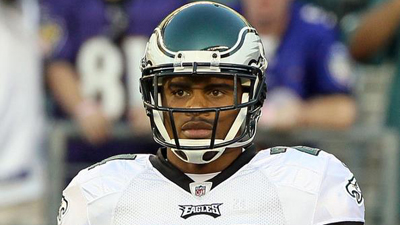