David Price twirled a complete game as the Rays rolled to a 5-1 victory at Fenway Park on Wednesday. It was the second complete game by a Tampa Bay starter in the series, as Matt Moore also went the distance on Monday, and it further demonstrated what can happen when the Red Sox are forced to alter their trademark approach.

Price pounded the strike zone for nine superb innings. He threw just 97 pitches, 72 of which were strikes — a strike rate of 74.2 percent. He didn?t walk a batter, and he surrendered just five hits while striking out four.

?He was throwing strikes all night long. I think up until about the sixth inning he was right around 80 percent strikes, which is almost unheard of,? Red Sox manager John Farrell said. ?[He had] power stuff [and] stayed out of the middle of the plate. With the exception of [Mike Napoli?s] solo home run, he never gave us a chance to build any kind of inning and tip your hat. He pitched one heck of a game against us.?

Price?s performance marked the second gem thrown by the Rays in the series, as Moore allowed just two hits and walked only one while dominating for nine innings on Monday. Interestingly, the two left-handers had a similar — and very successful — approach, much to the chagrin of Boston?s offense.

?We?ve run up against some very good pitchers,? Farrell said. ?Considering the two lefties in this series, [Hiroki] Kuroda the previous series, we?ve gotten the best that this division offers and they?ve thrown the ball extremely well. The biggest thing is that they?ve pitched ahead in the count pretty much the entire time that those three starters in particular have been on the mound.?

The Red Sox? offense has been difficult on opposing pitchers all season, and the biggest reason is because Boston?s hitters use a very patient approach. Entering Wednesday?s game, the Red Sox led the majors with 4.04 pitches per plate appearance, and they?re far and away the MLB leader in walks. It has allowed the Red Sox to compensate for middle-of-the-pack power, and it has also enabled them to become more aggressive on the bases.

Price and Moore didn?t allow the Red Sox hitters to settle in, though. The two southpaws commanded both sides of the plate and forced the Red Sox to alter their approach. The result was a limited amount of scoring chances, as Boston showed an inability to effectively adapt.

?Our plate approach is going to go in with a specific game plan and that?s to try to grind out at-bats,? Farrell said following Wednesday?s loss. ?But we?ve got to adjust to the pitcher on the mound, which [Price] forced us to swing the bat earlier in the count. [There were] a lot of groundballs, a lot of balls right at people and that?s what can happen.?

Obviously, when you?re facing the likes of Price and Moore, nothing is going to come easy. But life could be especially difficult down the stretch for Boston if the Red Sox can?t solve pitchers who pound the strike zone with ease. The Rays now find themselves a half game back, and they could leapfrog the Red Sox in the AL East with a win in Thursday?s series finale.

?They?re a very good team,? Farrell said. ?For years, they?ve rode the strength of their rotation. That?s no different right now. And they?ve got two left-handers who are pitching as well as anybody in the game.?

The Red Sox have definitely run into a hot team at the wrong time. But even if the Rays cool off over the next two-plus months, they?ve at least provided somewhat of a blueprint for slowing down Boston?s potent offense. 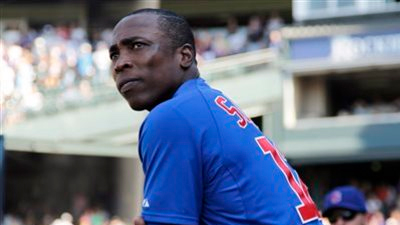