Earlier this season, Derek Lowe made nine relief appearances for the Texas Rangers before getting cut May 23. The 40-year-old right-hander has been unable to find another gig in the big leagues, so he’s decided to hang up the spikes for good.

Though he made a point not to call this point in his career a “retirement,” Lowe announced Wednesday that he has “officially” thrown his last pitch in Major League Baseball.

“I’m officially no longer going to play the game,” Lowe told USA Today. “It’s still enjoyable, but the role I was having wasn’t fulfilling.”

Speaking after a practice round at the American Century Championship celebrity golf tournament, Lowe said the writing was on the wall during the season.

“I told my wife 10 days before I got released,” Lowe said. “I said, ‘We’re not going to make it all year,’ because they had to make numerous moves. I was basically the 12th guy.

“I was grateful for the opportunity that they gave me in spring training. But having been able to be a starter or a closer throughout your career, being the mop-up long relief guy — I just turned 40 — let someone else try that. ? There was no going to [Triple-A] Round Rock, put it that way.”

Lowe played 17 seasons in MLB for the Seattle Mariners, Red Sox, Los Angeles Dodgers, Atlanta Braves, Cleveland Indians, New York Yankees and Texas Rangers. Lowe was 176-157 with a 4.03 ERA in 681 career games, 377 of which were starts. Lowe also spent time as a reliever and a closer.

Lowe made more than $110 million in his career and was part of the 2004 Boston Red Sox team that beat the Curse of the Bambino.

“Like I told my dad, I’ll never retire,” Lowe said. “If you’re not playing, it’s completely self-explanatory. I’m not going to go to the Hall of Fame, so I don’t feel like I need to have a retirement speech. But I was able to play 17 years on some pretty cool teams and win a World Series. So, everyone’s got to stop playing at some point, and this is my time.”

While Lowe is correct that he likely won’t be enshrined in Cooperstown, he’ll always have a place in Red Sox lore for the eight seasons he pitched in Boston and that 2004 championship. 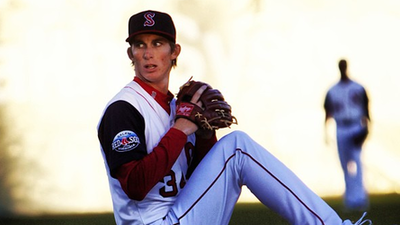 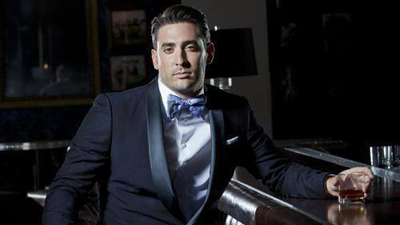 Matt Harvey Says He Wants to Be Like Derek Jeter, Henrik Lundqvist When It Comes to Getting Girls, Dressing Well