“Well, there’s leaders and there’s followers.” That could be the start of a popular Kanye West lyric or an old idiom you’ve probably heard since infancy.

Either way, Devin McCourty is taking it to heart.

McCourty is entering his fourth training camp with the New England Patriots and his second as a team captain. But while the title is something he may be used to by now, he’s now starting to embrace the full responsibilities that come with it.

“Definitely,” McCourty said when asked about taking a more active leadership role this season. “To be a guy that’s played a lot of football games now and seen different things and experienced different things. I think it’s important that I pass it down to the younger players. You know, we have some great young players who need guidance.”

The Patriots have 39 new players on their roster as they enter training camp, with seven new players in the secondary, including six rookies.. By Week 1, that number may be trimmed to just three — two if you remove Adrian Wilson from that list — but having a resource like McCourty will be huge for the rookies, as well as some younger veterans.

Not even counting the rookies, the Patriots have something of a youth movement going on defense, especially in the secondary. There are 20 players with three or fewer years of experience on the Patriots’ defense right now, 10 of which are in the secondary and four of those 10 have at least one year of NFL experience.

McCourty, who at 25 is still something of a spring chicken himself, understands the mentality of the younger players and knows just what he needs to do to help them flourish.

“So, I’m definitely going to take my role and expand it and get as many guys as I can to be on board and get guys to understand how we do things and to play football,” McCourty added.

Football. Yes, the biggest reason McCourty and his teammates are here for. After an offseason riddled with surgeries, controversy and court cases, McCourty and the Patriots can finally get back to football. However, that can’t come until they’ve dealt with the gauntlet of questions about Aaron Hernandez‘s murder charge or Alfonzo Dennard‘s arrest.

McCourty and a few of his fellow captains — Tom Brady, Jerod Mayo and Vince Wilfork — all handled the questioning with the utmost grace and class in their first appearance in front of the cameras since everything unfolded. And if McCourty has anything to do with it, his teammates will follow suit.

“It’s up to us to be leaders right now, to go out and lead the team,”McCourty said of the six team captains, a group that also includes Logan Mankins and Matthew Slater. “The best way we can do that is going out and showing them, doing things the right way and showing the younger guys what to do and what not to do. That’s what we’ll continue to be leaders of this team and show guys how it’s done.”

As for Dennard specifically, he’s one of the young defensive backs McCourty took under his wing last season. Dennard, who was convicted of assault of a police officer earlier in the offseason, was then arrested on “suspicion of DUI” just a few weeks ago. The arrest, although disputed by Dennard, was yet another smudge on an already dark Patriots offseason, but McCourty took the lead on the situation and is already moving past it.

“Yeah, I’ve talked to him,” McCourty said without delving into specifics. “I’m just happy he’s back here. He’s ready to go for training camp and we’ll get back to playing football.”

All of the offseason controversy brought the ever-heralded “Patriot Way” into question of late, but, whether it be with Dennard or any other young player, McCourty still believes and continues to preach the same Patriot gospel.

“All the guys we have here to keep doing the right things and doing the things this team believes in, which is winning games and doing great things in the community,” McCourty said. “My role as the captain on this team is to keep that going and to show the younger guys how we get that done.

McCourty’s position on the field this season, whether at cornerback or safety, may still be up in the air, which he wouldn’t elaborate about Thursday. But his role is clearer than ever, and his voice will be heard. 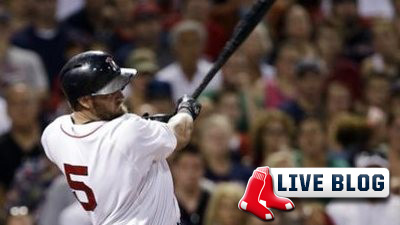 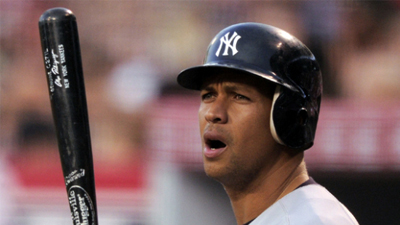