BOSTON — Drake Britton admitted that he had some butterflies before making his major league debut Saturday. A lot of veterans probably would have felt uneasy about the situation as well.

Not only was Britton called upon to toe a major league rubber for the first time, but he was also asked to do so against the Yankees with a major threat in progress, as New York had runners at first and second with no outs. Oh yeah, and Britton was asked to face Ichiro Suzuki and Robinson Cano, who have a combined 15 All-Star selections to their credit.

Britton did about as well as the Red Sox could have hoped given the situation. The 24-year-old minimized the damage, as only Luis Cruz — who took third base when catcher Jarrod Saltalamacchia fired down to second base on a pickoff attempt — crossed the plate. Suzuki popped out to short, and Cano was retired on a sacrifice fly to center field before Brett Gardner was caught stealing to end the inning.

?He did a very good job,? Red Sox manager John Farrell said. ?That wasn?t the ideal situation to make your big league debut and how you?d draw it up, but again in that left-handed spot he threw strikes, he?s got a quick arm. I thought he kept the emotion in that first setting — first experience — well under control.?

It remains to be seen what kind of role — if any — Britton will have with the Red Sox this season. He could fit into Boston?s bullpen plans, or he could eventually find himself back in Triple-A if the Sox add a reliever or decide to give someone else an opportunity. Farrell said that Britton will be given opportunities to contribute as long as he?s with the club, though, and the young southpaw acknowledged that it?s good to get his first outing under his belt.

?Down in the bullpen a little bit I got some butterflies, but once I got out there I just tried to breathe,? said Britton, whose mother and father were in attendance. ?Once I started doing that, I calmed down a little bit and started getting back in the zone.?

Big league debuts are always nerve-racking, but Britton?s situation was especially tense. It?s over now, though, and he lived to tell about it. 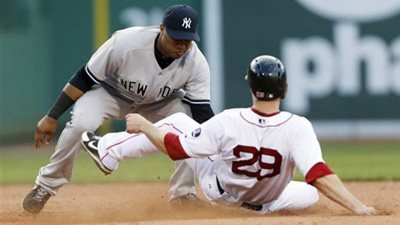 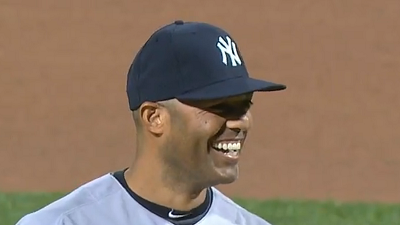 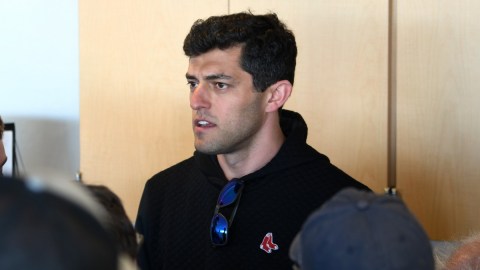