Jake Bequette Could Be Entering Make-or-Break Training Camp With Patriots After Struggling in Rookie Season - NESN.com Skip to content As the Patriots attempt to improve their pass rush in 2013, one of the forgotten men along the front seven is defensive end Jake Bequette.

Since the Arkansas product was a healthy scratch for 13 of 16 regular-season games and both playoff matchups last year, many are assuming the second-year player will be an easy cut for Bill Belichick come late August. But Belichick and the New England brain trust obviously thought highly enough of Bequette to take him No. 90 overall in the 2012 draft.

Bequette will be a player to watch in training camp to see what team he’s running with and how much he has improved. It appeared that his problems might have been both physical and mental in 2012, which was a surprise. Bequette was passed early in the preseason on the depth chart by undrafted rookie Justin Francis.

Bequette offers plenty of upside, though, and the mental aspect of his game was highly thought of coming from the Razorbacks. He was a captain his junior and senior seasons and was named an SEC second-team Academic All-American. He maintained a 3.52 GPA at Arkansas with a degree in sports management.

But good grades in school doesn’t always translate to picking up a complex New England defense. Bequette appeared to make mistakes last summer during training camp and began to fall down the depth chart.

Bequette has obvious skills, though, and he flashed that on the biggest stage with the Razorbacks, picking up two sacks in 2009 against Florida, three against South Carolina in 2011 and two in the Cotton Bowl against Kansas State the same season.

In all, Bequette had 23 sacks during his four-year Arkansas career. Coming out of college, however, no one seemed to know what to make of the college defensive end. The 6-foot-5, 265-pounder played linebacker during the 2012 Senior Bowl and struggled to make the transition from a three- or four-point stance to standing up in space.

Bequette weighed in at 274 pounds during the combine and flashed even better athleticism than what was seen at school or in the Senior Bowl. He ran a 4.75-second 40-yard dash, a 6.90-second three-cone drill and a 4.07-second 20-yard shuttle. That athleticism says Bequette may be able to fit into a role as a situational rusher in New England, but translating athleticism to production was a problem in New England as far back as the preseason.

Bequette recorded a sack in his first game against the Saints, but he didn’t look comfortable getting after the quarterback in the remaining three games. He stayed at the bottom of the depth chart all season and didn’t flash in the three games he did play against the Bills, Rams or Dolphins, failing to generate a single pressure in 23 snaps.

It’s only his second year, but this training camp will be make-or-break for Bequette, despite his relatively high draft slot. Bequette will be competing for a roster spot with fellow pass rushers Marcus Benard, Michael Buchanan, Jermaine Cunningham, Jason Vega and Francis. Chandler Jones and Rob Ninkovich are locks for the 53-man roster, and rookie Jamie Collins and second-year linebacker Dont’a Hightower can contribute some pass rush on the outside.

Developing a third pass rusher to rotate with Jones and Ninkovich will be key to ramp up the pressure in 2013. Cunningham and Francis held that role last season, but neither are prototypical third-down rushers.

Coming from the SEC, being a former two-time captain and an Academic All-American made Bequette seem like a classic Patriot, but now No. 92 could be fighting for a roster spot before his career even really gets started.

If Bequette’s story seems familiar, it’s modeled almost perfectly after Ninkovich’s. Ninkovich was a fifth-round pick out of Purdue in 2006 and played just three games with the Saints his rookie year. He didn’t make New Orleans’ 53-man roster in his second season and was picked up by the Dolphins before bouncing back to the Saints and finally latching on with the Patriots.

Ninkovich shows that you can’t truly count a player out until he’s done and retired. But Bequette should also try to get in Ninkovich’s ear to find out what exactly went wrong for the eighth-year player early in his career so the second-year player can avoid similar pitfalls.

Sometimes a little competition can breed success. And the Patriots have plenty of competition at defensive end entering training camp.

Each day this week we are going to feature a different player to watch during training camp. Check out the schedule below. 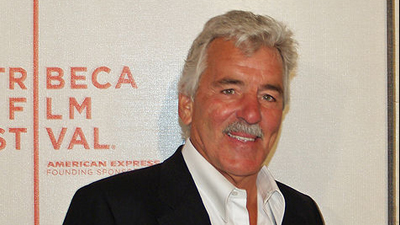 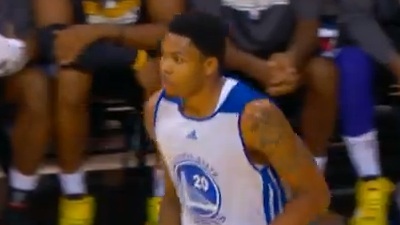