Jon Lester Takes Mound, Jacoby Ellsbury Given Night Off As Red Sox Try to Bounce Back Against Rays - NESN.com Skip to content One night after getting shut out in their series opener with the Rays, the Red Sox will have to bounce back — and slow Tampa Bay’s massive momentum — to stay atop the American League East on Tuesday night at Fenway Park.

The Rays have won 18 of their last 20 games, including a dominating 3-0 win over the Sox on Monday night, and are just a 1/2 game back of Boston for the division lead. The Red Sox will sit Jacoby Ellsbury for Tuesday’s contest and send out Jon Lester (8-6, 4.58 ERA) to the mound to try to weather the storm.

The Red Sox will also return Daniel Nava, Jarrod Saltalamacchia and Stephen Drew to the lineup against Rays starter Roberto Hernandez. One night after only collecting two hits against the Rays’ Matt Moore, it could be the perfect opportunity for the Red Sox’ bats to wake back up against Hernandez, who is only 5-10 with a 4.90 ERA this season. He has also given up at least three earned runs in each of his last eight outings, and at least one home run in his last six. 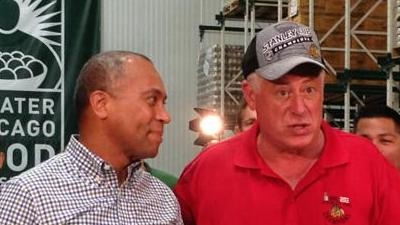