It’s oft-repeated that Josh Hamilton is perhaps the streakiest hitter in baseball, a fact which was on display last season, looking at his first-half and second-half splits. Hamilton famously slumped hard after the All-Star break in 2012, which had the slugger searching for excuses.

After the season ended, Hamilton essentially blamed all his on-field struggles on quitting chewing tobacco and the subsequent withdrawal. Though it drew some derision, it’s not necessarily far-fetched to suggest that withdrawal from an addictive drug could have suppressed his numbers.

So, is Hamilton’s 2013 resurgence attributable to getting back on the tobacco?

It’s no secret that Hamilton has struggled mightily since coming over to the Angels of Anaheim on a five-year, $125 million deal during the offseason. Hamilton has a .672 OPS on the season, and even that was buoyed by a .810 mark in May. However, Hamilton has come around as of late, hitting .350 with three doubles in his last seven games.

Coincidentally — or not — it appears that Hamilton is also chewing tobacco again.

Hamilton was spotted taking a wad of chewing tobacco out of his mouth in the Angels clubhouse by the Los Angeles Times’ Mike DiGiovanna before the team’s Tuesday matchup with the Cardinals in Southern California. DiGiovanna initially got a “No comment,” from Hamilton when asked if he had resumed chewing tobacco but gave a slightly different response when asked about a connection between his performance and tobacco use.

“I don’t know what you’re talking about,” Hamilton said of his recent hot streak. “It could be anything. It could be one of those protein bars. Is this really a story?”

Hamilton, of course, has struggled with addiction most of his adult life, being suspended from Major League Baseball from 2003-05 while struggling with alcohol and cocaine abuse. He quit chewing tobacco July 25, and withdrawal symptoms included blurred vision that caused him to miss three games in September. 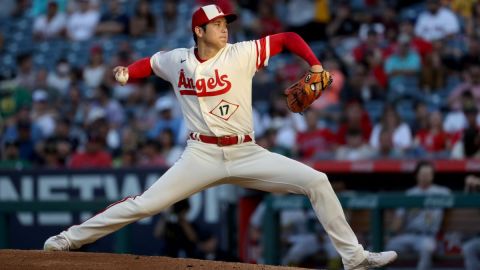 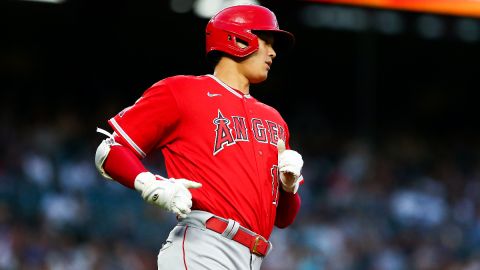 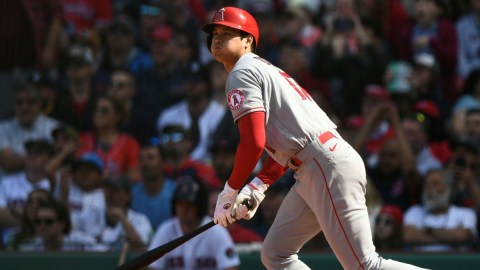