Matt Garza Trade to Rangers Best for Red Sox, Who Can Build Championship Team the Way They Prefer - NESN.com Skip to content The Rangers beat the Red Sox and whoever else was remotely interested in the Matt Garza sweepstakes on Monday.

What?s that? No team needs eight starting pitchers? Especially in October, when World Series teams often get by with three?

Granted, exactly half of those Rangers pitchers are on the disabled list now, which is why Texas sent a reported four players to Chicago for Garza, but it still doesn?t change the main takeaway from the deal. When teams jump into the trade market in midsummer, they always end up paying a lot, and they often pay for players they can only hope will make a difference over just a couple of months. The hope for a fix is often disproportionate to the actual fix provided, but teams that need help have to take a chance.

The Rangers get to use Garza for the rest of this season, and hopefully the postseason, but they?ll lose the four players they gave up forever. That?s what happens when a team puts in chips to bet for a championship — unless a team is built in a way that it doesn?t often feel pressed to hand over many chips at all.

This is where the Red Sox come out a winner in the Garza trade. While Boston would have loved to have another high-quality arm in its rotation, especially with the lingering concerns surrounding Clay Buchholz, the Red Sox aren?t desperate. Even with injuries biting into their starting five, and pitchers such as Jon Lester having comparatively ineffective seasons, the Red Sox don?t have to — even if they can — bet the farm on picking up another big arm.

It hasn?t always been this way. The Red Sox have found themselves backed into corners and having to make bad deals before. But while they did have the added benefit of an OK rotation (and a good prognosis on Buchholz) helping them in this one, much more important in them not overpaying at the deadline was the team?s new mindset.

General manager Ben Cherington has long talked about going back to the approach the team used a decade ago, when a World Series champion was built out of a strong farm system, veteran free agents and filling in the gaps when the team needed to without overpaying for the hottest names. This year, he?s done that many times over, from the offseason signings of the Jonny Gomes–Shane Victorino–Mike Napoli crew to the way the Red Sox have plugged farmhands into holes in the major league roster in a way that benefits both the big league team and the young players.

Cherington?s attitude at the trade deadline only supports this approach. While he?s not afraid to push on doors and see what the Red Sox can get, especially since they?re overflowing with prospects at this point, he also isn?t going to overpay. Cherington plays at once for 2013 and the future, and the temptation of making splashes and building extra-good rotations isn?t going to sway him at this point of the year — especially since, it could be argued, the reason this team is performing so well is because players know their roles and abilities, and no one?s waiting for a big-name star to come and take care of them. Cherington would rather roll the dice on a group that has overachieved and lifted its various members than get greedy and start adding pieces.

One area where Cherington is still likely to make moves, however, is the bullpen. The Red Sox desperately need help, and they?ll likely have to give up pieces to shore up that staff.

But what the Red Sox won?t get caught doing is overpaying, or making any moves that hurt one part of the team to help another. Part of the reason Garza?s price got so high, according to reports, was that other teams jumped in, and Texas was pushed to offer more. That?s not a game Cherington will play — he?ll pursue what he needs, but he?s shown he can do it without knocking the legs out from under the rest of his team.

The Red Sox spent a lot of time last season talking about how they wanted to build their team this year, and so far, in each phase, they?ve shown what that looks like. With the trade deadline just more than a week away, Cherington and the Sox haven?t appeared to be shaken by their team?s needs, instead applying the same approach as the rest of the year as they pick through their options.

The Red Sox may not end up with Garza, or a splash, but they also won?t end up with eight starting pitchers. Chances are they?ll end up with just the right mix of starters and relievers, with each player asked to perform to his level.

It?s a recipe that hasn?t turned out bad so far this season. 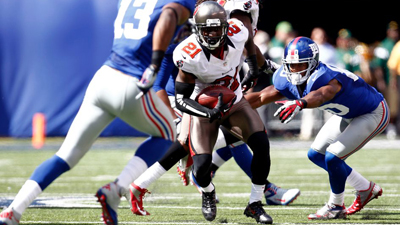 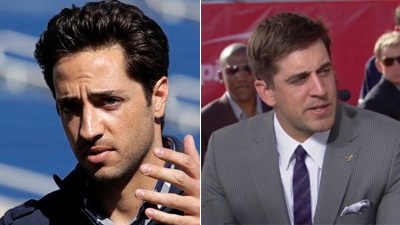