Boston could always use another Thornton, right?

The Red Sox acquired reliever Matt Thornton, along with cash considerations, from the White Sox on Friday in exchange for minor league outfielder Brandon Jacobs. The deal — like any trade, really — carries some risk, but not enough to reconsider the addition of a potentially valuable left-hander to a bullpen in flux.

It was no secret that the Red Sox were in the market for relief help, as multiple reports indicated such, with Thornton?s name even being tossed around in connection with Boston before Friday?s deal. Andrew Bailey?s struggles, which came about a month after Joel Hanrahan underwent season-ending surgery, threw the bullpen out of whack, and an injury to Andrew Miller left the team in desperate need of another reliable, late-inning arm.

?I think I said a couple weeks ago, we were really hoping to be able to figure out what we needed internally but then Andrew [Miller] went down, that sort of added to the issue,? Red Sox general manager Ben Cherington said Friday. ?So we picked up our effort at that point and had a lot of conversations over the last few days just trying to see if there was a fit that made sense earlier in July. Turns out we?ve found one that we think makes sense.?

The Red Sox probably aren?t getting the pitcher who was once considered one of the better setup men in all of baseball. But they are getting a left-hander with a proven track record for a reasonable price, so in that regard, the move absolutely makes sense.

Thornton, who was an All-Star in 2010, owns a 3.86 ERA and 1.28 WHIP in 28 innings over 40 appearances this season. The biggest concern surrounding the southpaw is his strikeout rate, which has dropped considerably over the last three seasons. Thornton recorded 12 strikeouts per nine innings during his 2010 All-Star campaign, and his marks then dropped to 9.5 and 7.3 in 2011 and 2012, respectively. This season, Thornton is averaging a career-low 6.8 strikeouts per nine innings.

The drastic dip is somewhat concerning, especially since he?ll be asked to help replace Miller, who was averaging an impressive 14.1 punchouts per nine innings before going down with a foot injury. Cherington feels that Thornton’s stuff is still there, though, even if it isn?t quite at the level it used to be.

?His stuff has been really good. We saw him yesterday up to 97 [mph] and pitching at 95 with a good slider,? Cherington said. ?You mentioned the strikeout rate and it?s down a little bit from the past but he?s still getting lefties out. He?s not 29 anymore. He used to be elite, elite stuff, and it may be just really good stuff now. We?re confident he has plenty of stuff to be effective in the role he needs to be in and be an important part of the bullpen. He just needs to come in and be who he is.?

Thornton has shown an ability to get both lefties and righties out over the years, but right-handers have enjoyed success against him this season. Righties are hitting .320 (16-for-50) off Thornton, although he has shown improvement in that department of late, so perhaps the high average is an aberration.

?Historically he?s actually been quite effective against righties over the course of his career.  He?s struggled a little bit more, it?s a fairly small sample still. We?ll see. History says he can get righties out,? Cherington said. ?I think what we?re looking to do more than anything was ? a guy with a track record from the left side. This is partly about Matt Thornton and a track record of success, a guy that we can feel good about playing in different situations, and it?s also partly about the rest of the group in the bullpen and make sure we?re not putting too much of the load on them.?

One other concern surrounding Thornton is the four home runs that he?s given up already this season. It matches his total from all of last season, when he made a career-high 74 appearances, and it?s more than he surrendered in 2010 or 2011. The hope for Boston is that the new long ball tendency is also an aberration, as we?ve seen the Red Sox? bullpen, which consists of multiple fly ball pitchers, be done in by home runs at Fenway Park this year.

Working in Thornton?s favor is that he?ll be back working alongside Juan Nieves, who served as the White Sox? bullpen coach for five seasons before being hired as the Red Sox? pitching coach this past offseason. That, by no means, guarantees success, but there is already some familiarity between Thornton and the Boston staff, which should make the lefty’s transition to his new club rather seamless.

?There?s a comfort level with Juan?s relationship, not just Juan, we have other people in the organization that know Matt well,? Cherington said. ?Of course he?s seen him pitch a lot. [But] I think the No. 1 thing was just the track record. He?s a proven left-handed relief pitcher who?s been effective in the American League for a long time, one of the better left-handed relievers in the game, really, for a long time. [He has] had success in the American League, had success against a particular bunch of left-handed hitters that we face and we were looking to give John [Farrell] another option down there in the ?pen to go along with [Craig] Breslow, the second lefty.?

Are the Red Sox putting too much stock into Thornton?s ?track record? and not paying enough attention to legitimate concerns? It?s debatable, but the low cost of acquisition is enough to warrant the Red Sox siding with Thornton?s complete history rather than a 3 1/2-month stretch. Jacobs, while extremely talented, has been very inconsistent throughout his minor league career, and there?s no guarantee that he wouldn?t have slipped away from Boston?s grasp in next offseason?s Rule 5 draft, anyway.

The trade market will certainly heat up over the next couple of weeks. The Red Sox decided to not wait around, though, and they nabbed themselves a much-needed reliever before prices begin to skyrocket. Regardless of the outcome, it?s hard to fault the decision. 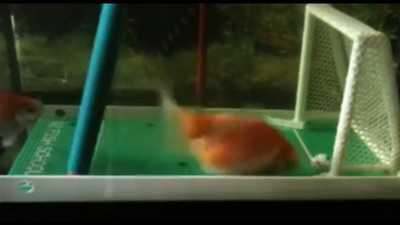