The Red Sox know how good Detroit Tigers right-hander Max Scherzer has been so far this season. On June 22, Scherzer held the visiting Sox to two runs and six hits over seven innings, walking none in a 10-3 Detroit win. He followed that up with another strong outing last Friday against Tampa Bay to improve to 12-0.

Scherzer is the first starter since Boston’s Roger Clemens in 1986 to begin a season 12-0 and is now is the Cy Young betting favorite at 7-4 (Clemens won his first in 1986). His Tigers also are World Series favorites at 13-2.

Scherzer has a ways to go to break the mark for the longest streak of a starting pitcher to begin a season without a taking a loss in the divisional era. That was set by Baltimore’s Dave McNally in 1969, who didn’t lose his first game until August. He started 15-0 but didn’t win the Cy Young that year — teammate Mike Cuellar and the Tigers’ Denny McLain shared the award.

Clay Buchholz (9-0, 1.71) had been the odds-on favorite to win the AL Cy Young, but injuries have dropped Buchholz to a 4-1 second-favorite along with Texas’ Yu Darvish. Obviously the longer Buchholz is out, the more it hurts his chances, but he leads all big-league starters in ERA. By comparison, Scherzer is only 12th in the AL with his 3.10 mark.

Scherzer is second in the AL in strikeouts behind Darvish, who has 151 along with an 8-3 record and a 2.78 ERA. Darvish has just one win since May 17, coming Sunday against Cincinnati. Darvish is the first pitcher with at least 150 strikeouts in his first 17 starts since Arizona’s Curt Schilling and Randy Johnson 11 years ago. No AL pitcher has done it since the Red Sox’ Pedro Martinez in 2001. Former Red Sox pitcher Justin Masterson of the Indians rounds out the AL Cy Young favorites at 10-1.

The NL Cy Young favorite now is the Cardinals’ Adam Wainwright (11-5, 2.22) at 7-2. He’s tied for the NL lead in wins and leads in innings pitched and complete games. Matt Harvey, the young ace of the Mets, has skyrocketed up to the 4-1 second-favorite. Harvey would seem a likely choice to start the All-Star Game for the National League, as the game will be held at the Mets’ Citi Field.

Arizona’s Patrick Corbin (5-1) and Philadelphia’s Cliff Lee (13-2) round out the NL favorites. Lee may not be in the NL after July 31 as he’s been rumored in several trade discussions. The Sox would love to get him, but they are on his no-trade list.

There have only been 18 seasons in baseball history where the MVP and Cy Young winners have come from the same team, not counting a player who won both awards like Detroit’s Justin Verlander in 2011. The Tigers could sweep them again in 2013, as Miguel Cabrera remains the MVP favorite at 2-3. Baltimore’s red-hot Chris Davis has closed the gap a bit and is now 5-2. He leads the majors by a wide margin in homers. The only Red Sox option on that prop is Dustin Pedroia at 25-1. The NL favorite is Arizona’s Paul Goldschmidt at 4-1. 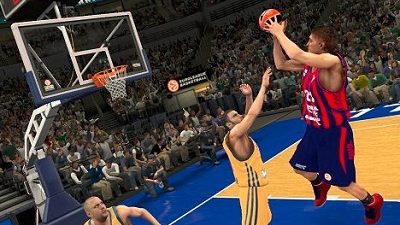