“Nothing good came out of this.”

Those were the words of Club America president Ricardo Pelaez after an exhibition soccer game featuring Mexico’s two biggest clubs was marred by violence.

The event, which took place at Sam Boyd Stadium in Las Vegas, Nev., was chaotic from the start, as around 400 fans fought in the parking lot 45 minutes before the game, according to the Las Vegas Review-Journal.

The brawl started when buses containing both sets of fans simultaneously emptied in the same area of the parking lot. Fans fought for around five minutes before 120 police officers arrived and calmed things down. At least six people were reportedly hospitalized.

“It was just perfect timing,” Sam Boyd Stadium director Mike Newcomb said. “If this group comes in two or three minutes later, it doesn’t happen. It was a perfect storm kind of thing.”

Police allowed the game to go ahead as planned. Perhaps they made a mistake, since the players’ behavior wasn’t much better than that of their supporters.

In the 36th minute, there was a shoving match which led to a  bench-clearing brawl. The referee sent off four players — America’s Paul Aguilar and Ruben Sambueza and Chivas’ Giovani Hernandez and Hector Reynoso — but the bad blood flowed throughout the game.

The game looked destined to end in a scoreless draw until Chivas’ Giovani Casillas scored in the 86th minute.

Some fans then began to run onto the field, halting what little action remained. They were caught by security, but the referee decided to stop the game at the end of regulation. Some fans responded to that decision by pelting the field with bottles and cans, according to ESPN. Others fought on the field and in the stands.

Chivas won on the field, but both teams lost off it.

“Security and soccer wise, we’re going to rethink what we do in the future real hard,” Pelaez said.

Let’s hope this stays in Vegas.

See the end-of-game chaos in the video below. 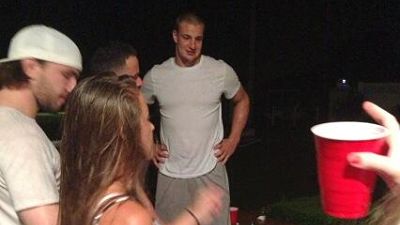 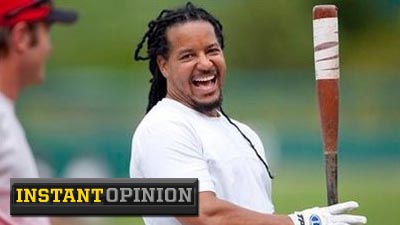