The Cincinnati Bengals must have a keen sense when it comes to players with character  issues.

The same team that took chances on the likes of Cedric Benson and Adam “Pacman” Jones — and even pledged to keep linebacker Brandon Joiner on the roster after he was sentenced to three years in prison — says they knew to avoid Aaron Hernandez due to his known character issues.

Hernandez, a former Patriots tight end who is at the center of a murder investigation in North Attleboro, Mass., was a fourth-round draft selection by the Pats in 2010. Bengals owner and general manager Mike Brown said his team opted to take tight end Jermaine Gresham in the first round and intentionally passed on Hernandez during that draft.

?That one is no secret. We just stayed away from it,? Brown told FOX Sports. ?We didn?t question the playing ability. But we went for Gresham.?

Of course, there was no way for the Bengals to know that Hernandez’s fate would include being accused of murder, but based on the pre-draft scouting reports they received, there were concerns that the team would be dealing with more off-field problems with the tight end down the line.

The Bengals also peered into a crystal ball when it came to Patriots tight end Rob Gronkowski during the 2010 draft. Brown said that the Bengals took Gronk off of their draft board because he “had a bad back.”

Gronkowski underwent back surgery in June.

Report: Jack Nicholson Spoke With Dwight Howard on Phone Pleading With Star to Stay in L.A. 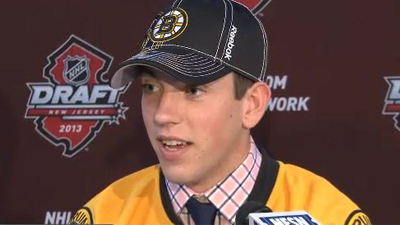