There are few greater sounds in the world for Red Sox fans than the first few chords of “Dirty Water” by The Standells. The beginning of that song, played after every Sox win at Fenway Park, sounds even better when it’s accompanied by deafening applause brought on by a walk-off win.

There’s been plenty of that at Fenway this season, as the Red Sox have nine walk-off wins in their first 100 games. Of the club’s 50 games at home this season, 18 percent — almost one out of every five — has ended with a walk-off win for the home team.

On Sunday night, it was Mike Napoli who was the hero for Boston. The Red Sox’ first baseman blasted a bomb to the center field bleachers, and the Sox walked off with the win against the Yankees, capping off a 60-40 start to the first 100 games of the season.

With the Sox hitting the century mark, now is as good of a time as any to look back at all nine of the Sox’ walk-off wins.

April 13 — Red Sox 2, Rays 1
Boston’s first walk-off of the season came when Shane Victorino introduced himself to his new fans by doing just enough to get the job done.

April 15 — Red Sox 3, Rays 2
The Rays had a rough weekend series in April with the Red Sox walking off twice on them. The second was here, on Marathon Monday, thanks to Mike Napoli.

May 6 — Red Sox 6, Twins 5 (11 innings)
The walk-offs have been largely all about the new guys, and that was the case on May 6. Stephen Drew capped a big night with a walk-off hit of his own in the 11th inning against Minnesota.

May 25 — Red Sox 6, Indians 5
The Red Sox trailed 5-2 entering the ninth inning on May 25, but they rallied to score four times, with this Jacoby Ellsbury game-winning hit ending things.

June 18 — Red Sox 3, Rays 1
The Rays must hate Fenway Park at this point. After their April misery, Jonny Gomes victimized his former team on June 18 with a walk-off home run to give the Sox a win in the nightcap of a doubleheader.

June 30 — Red Sox 5, Blue Jays 4
You’ve gotta be good to be lucky and lucky to be good, and the Red Sox were more lucky than anything else on June 30 when Josh Thole‘s error allowed Jonathan Diaz to score the game-winning run against Toronto.

July 3 — Red Sox 2, Padres 1
It was clear that San Diego pitcher Luke Gregorson wanted to get Gomes on a slider. But after a couple of devastating sliders to Gomes, Gregorson hung one right in the middle of the zone. Gomes knew exactly what to do with it, as he crushed it over the Green Monster for the win.

July 21 — Red Sox 8, Yankees 7
We’ve heard for some time that Napoli’s swing is made for Fenway. Through 100 games, he’s proved that means he can do more than just abuse the Monster, though. He did that Sunday night when he went to dead center for his second walk-off hit of the year. 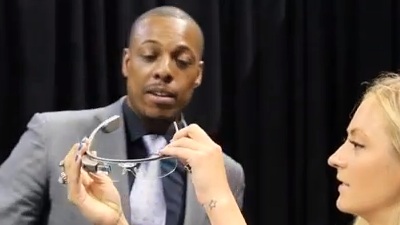