ABUJA, Nigeria (AP) — Plateau United Feeders and Police Machine figured they needed a big win in the final round at an amateur tournament to outdo the other and earn promotion to Nigeria’s professional football leagues.

The results have sparked outrage, an indefinite suspension of the four clubs involved in the games, and an investigation into match-fixing by the Nigeria Football Federation.

The NFF on Tuesday called the results from the tournament on Monday in the northeastern city of Bauchi “a mind-boggling show of shame.” The scorelines were “scandalous,” the NFF added.

“The teams involved, their players and officials, match officials, [tournament] coordinator and anyone found to have played some role in this despicable matter would [will] be severely dealt with,” NFF director of competitions Mohammed Sanusi said.

Chasing a place in Nationwide League Division 3, Nigeria’s lowest professional league, Plateau United Feeders reportedly scored 72 of their mountain of goals against Akurba FC in the second half. A rate of more than a goal a minute. In fact, a goal about every 40 seconds. Non-stop for 45 minutes.

At the same time, Police Machine reportedly swept 61 goals past Babayaro FC in the second half after leading by a relatively modest 6-0 at halftime.

Surely no team can be that good? Or that bad?

In theory, Plateau United Feeders won promotion to the big leagues having scored 81 goals — in three games. Police Machine ultimately could manage only 69.

Plateau and Police won their opening games 2-0, then drew 0-0 when they met in the second round, meaning goals would be the decisive factor for promotion to the big time if both won their final games.

They got the goals they wanted, a suspension and a match-fixing investigation.

“This is a scandal of huge proportions,” NFF vice president Mike Umeh said. “The four teams involved are suspended immediately and indefinitely, pending further sanctions. We will investigate this matter thoroughly and get to the bottom of it.”

One comment on Twitter maybe summed it all up: “What sport is this?” someone called “Tip” asked. 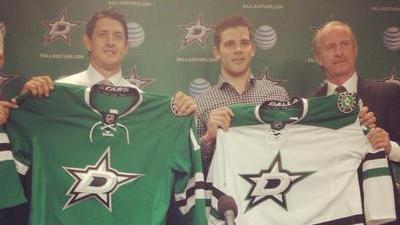 Tyler Seguin Introduced in Dallas, Will Wear No. 91 for Stars (Photos) 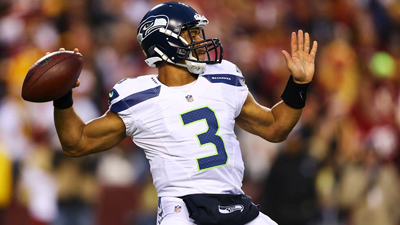