Originally founded in 1960 as the Boston Patriots, the New England Patriots are relatively young for a Boston sports team compared to the Red Sox (1901), Bruins (1924) and Celtics (1946). And much like young people, they are extremely fickle.

Headed into their 54th season as a professional football team, the Patriots have made more changes to their jerseys than the Red Sox and Celtics combined.

Many fans already know of the bright tomato-red jerseys and ?Pat Patriot,? but before Pat, there was someone — or rather something — else. The first helmets were white with a blue three-cornered hat, players? numbers in red and two red stripes down the middle. This logo was replaced soon after with Pat Patriot, and it would be years before the ?Flying Elvis? logo replaced Pat.

Other than countless debates about the color of socks and stripes, the administration oscillated between red pants and white pants for many years. The red jerseys were also replaced by bright blue jerseys at one point, which have an uncanny resemblance to the New York Giants? jerseys. Those were replaced by the dark navy jersey that Tom Brady and his teammates wear today.

Click here to see Patriots uniforms throughout the years >> 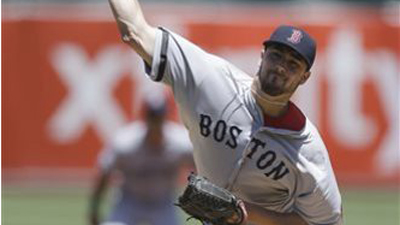 Stephen Drew Back in Lineup, Shane Victorino Out As Red Sox Host Yankees