The PGA Championship is giving fans a chance to do something that they have never been able to do before.

When the greatest golfers in the world make their way to the par-3 181-yard 15th hole at Oak Hill Country Club in Rochester, N.Y., during the final round of the year’s last major, they will have to play a pin location that has been voted on by fans, and not selected by experts in course layouts.

The PGA is teaming up with Jack Nicklaus for this never before seen opportunity, which is called the ?PGA Championship Pick the Hole Location Challenge.” Fans can go to PGA.com and pick one of four possible pin locations.

?The PGA of America is delighted to present this innovative opportunity, as we believe this is the first time that consumers have been able to make a direct and significant impact on a global sports arena,” PGA president Ted Bishop said in a press release.

PGA.com will also present videos featuring Nicklaus, who will explain to fans the importance of hole locations during a golf tournament.

?The chance for golf fans to interact with the PGA Championship and play a role in shaping the outcome of the final round fascinates me,? Nicklaus said. ?It?s like being able to call the shots during the fourth quarter of the Super Bowl. In addition to playing a key role in the outcome of the Championship, golf fans can learn many aspects of on-course strategy, as The PGA of America and I present educational videos to enhance their golf experience. I believe this new concept will serve as an exciting hands-on learning experience for golf fans and I?m happy to be involved.?

The voting period begins Tuesday and will run until Aug. 10, which is the day before the final round of the PGA Championship. 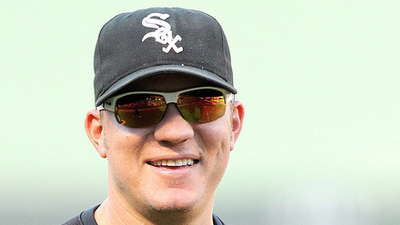 Tom Brady Wants to Play Beyond 40 Years Old, Even if It’s Not With Patriots