GOING, Austria — FIFA President Sepp Blatter plans to ask the governing body’s executive committee to consider moving the 2022 World Cup in Qatar to the winter in order to avoid the searing summer heat.

“If this World Cup is to become a party for the people, you can’t play football in the summer,” Blatter said Wednesday. “You can cool down the stadiums but you can’t cool down the whole country.”

Despite health concerns included in an official report before the vote, the FIFA executive committee opted for the tiny emirate’s bid in 2010. Blatter has repeatedly refused to say if he backed Qatar, which can have temperatures of 50 degrees C (122 degrees F) during the summer.

In May, Blatter said in an interview with a French newspaper it would be “not rational and reasonable” to stage the first World Cup in the Middle East in the summertime.

Moving the tournament to the winter would have a major impact on the schedule of European football leagues, which would have to change things for at least one season.

“There is still enough time,” Blatter said. “I will bring this up to the executive committee.”

Air-conditioned stadiums to beat the heat were a defining theme of Qatar’s bid, but the cooling technology only resolves the problem in venues for players, fans and officials.

“We have to protect our partners, our commercial partners, our TV partners. We have to be tough on this,” said Blatter, who spoke during a two-day conference on sports, media and economy set up by German great Franz Beckenbauer in Austria.

The head of the local organizing committee, Hassan Al-Thawadi, said Qatar bid for a tournament in the summer but left the option open of a possible switch to another time of the year.

“It there is a wish from the football community to move the World Cup to the winter, we are open for it,” said Al-Thawadi, who spoke to the conference through a live video connection. 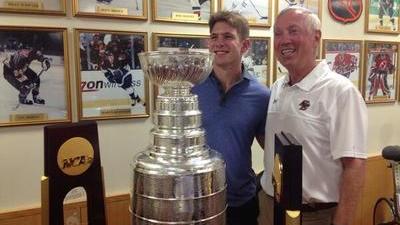 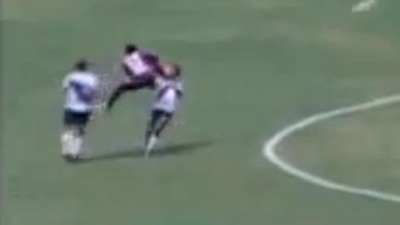