Shaquille O?Neal is a household name for many Americans.

Shaq became known as the ?Big Green Shamrock? around New England after playing for the Boston Celtics 2010 and 2011. He still owns a home in Sudbury, Mass.

His former residence in Beverly Hills, Calif., is on sale again. Shaq originally sold this home in 2004 to Japanese pop star Kyosuke Himoru for $6.4 million. Since then, Himoru has renovated and redecorated the lavish home with a touch of sophistication it was previously lacking. Now, the home is on the market for $9.495 million.

The mansion encompasses 9,752 square feet, complete with basketball and tennis courts, a luxury pool and spa, an outdoor living room with a BBQ pit and an outdoor kitchen. Inside the mansion, there are game rooms, home offices, eight bathrooms, seven bedrooms and a state-of-the-art kitchen large enough to hold an army of Shaqs. 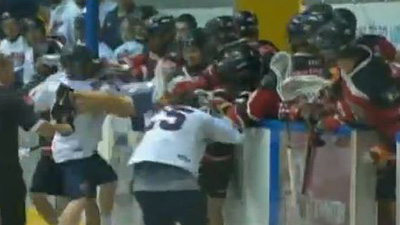