In the offseason, the Red Sox decided to hold on to their top prospects instead of trading them away for major league-ready talent, and it’s paying off.

Boston sits in first place, and so does its Triple-A affiliate, Pawtucket.

It was a trying week, though, for the PawSox, as they suffered their first three-game losing streak of the season. They were able to bounce back with a 1-0 win Monday night thanks to their reliable knuckleballer, Steven Wright. Pawtucket still sits atop the International League’s North Division by 6 1/2 games.

The biggest news at McCoy Stadium, however, was the return of Will Middlebrooks, who was sent down to the PawSox to try to find his game again. Middlebrooks looked like he may have done just that when he belted two home runs Sunday.

But Pawtucket isn’t the Red Sox’ only minor league team. The Portland Sea Dogs are also having a solid year at 41-38, the Greenville Drive and Salem Red Sox are in the second halves of their seasons, and the Lowell Spinners are just starting out.

For a more in-depth look at who is making headlines for these Red Sox minor league teams, click on the link to the gallery below.

Check out the top Red Sox prospects of the week >> 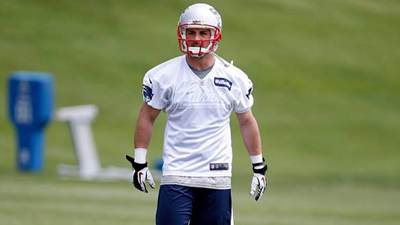