Tampa Bay Rays Put Out Ad For 'Steel Alloy Telephone' to Be Installed Before Next Rays-Red Sox Game - NESN.com Skip to content

The official Rays Twitter account had a little fun with David Ortiz and the Red Sox after Big Papi was ejected for smashing a dugout phone with his bat on Saturday night.

The tweet called for some phone reinforcements before Sept. 10, which just so happens to be the next time Boston will be in Tampa Bay.

The two teams are locked in a close battle for first place in the American League East, and they have become quite the rivals recently, so consider this as a playful shot toward a division rival. But it hasn’t been just the Red Sox’ rivals who are having some fun with Big Papi’s ejection — his own teammates are too.

And in case if you missed Ortiz destroying the dugout phone at Camden Yards or if you just can’t stop watching, you can check it out in the video below. 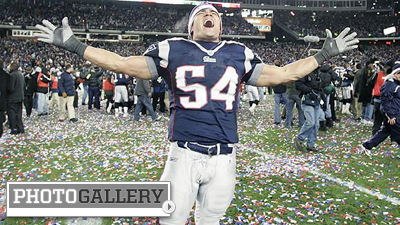 Tedy Bruschi to Be Inducted Into Patriots Hall Of Fame, Look Back at New England Legend’s Career (Photos)