Nobody could have predicted this.

Just 42 seconds after coming into the game as a substitute Sunday, Shea scored, and his goal in the 69th minute gave the United States a 1-0 victory over Panama and the CONCACAF Gold Cup title. It is the fifth Gold Cup title for the Americans, but their first since 2007. It also is the first international title as a coach for Jurgen Klinsmann, who won the 1990 World Cup and 1996 European Championship with Germany.

“I was there just to put it away,” Shea said.

This was the 11th straight victory for the Americans, four more than their previous record, and they likely will leapfrog Mexico as the best team from the North and Central America and Caribbean region when the next FIFA rankings come out Aug. 8.

When the final whistle sounded, the Americans on the field began celebrating while the rest of the team raced off the bench. Several players jumped up and down, and hugs and high-fives were exchanged. Klinsmann, who watched the game from a luxury box after being suspended for his tirade over the officiating in the semifinal, quickly made his way down to the field, pumping his fists in the air as he walked.

“They wanted to send out a signal that they are the best group in CONCACAF, and they are,” Klinsmann said. “For today.”

But their performance in this tournament is likely to stay with the Americans for a while. At least until the next round of World Cup qualifying in September.

Not only did they outscore opponents 20-4 in the tournament — no other team had more than 11 goals — but they showed they are deeper than they’ve ever been, with one young player after another stepping up. And they got a dazzling performance from Landon Donovan, who was named the tournament MVP after finishing with five goals and seven assists.

The only disappointment for the Americans was the loss of Stuart Holden with another right knee injury. Holden sprained his knee early in the first half, and while he will have further tests, Klinsmann said after the game that “it?s not looking good.”

“We are very, very sad for him,” Klinsmann said. “We are very concerned about Stuey?s situation. It looks like a very serious knee injury.??

While most expected a Mexico-US final, Panama had other ideas, upsetting El Tri twice on the strength of its stingy defense. Panama was just as dogged against the Americans early, crowding Donovan and Eddie Johnson and not giving the U.S. any space.

But rather than taking wild shots or trying to force things, the Americans stayed patient.

“At times it may have been a little slow or been going back and forth, but we stuck to the game plan,” Besler said.

And as the game went on, the Americans began to break Panama down. They finished with three shots on goal and another eight that were off target — six in the second half alone. Their best chance came in the 56th minute, DaMarcus Beasley chipped a ball into Donovan, who was in front of the goal at the near post. Donovan got his head on the ball, but not at the angle he wanted and it flew wide of the net.

As the crowd groaned, Donovan threw back his head and Beasley swatted the red flag in the corner.

“We were all hopeful, we all wanted to win,” Panama coach Julio Dely Valdez said. “But we all go away feeling we gave it our all. I said I wanted to walk away from the Gold Cup feeling good, and I do.”

Shea replaced Joe Corona in the 68th minute, just as the Americans were pressing forward again. Alejandro Bedoya got the ball on his left foot and crossed to Donovan, who took a mighty swing — and missed. But it was enough to throw goalkeeper Jaime Pendeo off, and when the ball rolled past Panama?s Roberto Chen and on toward the net, Shea was ready. Parked inches from the goal line, he stuck out his foot and tapped the ball into the net for his second international goal. 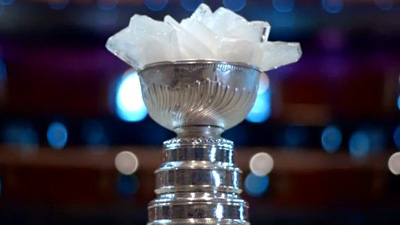 Stick Wayne Gretzky Used at Age 13 Goes Up for Auction, Expects to Go for At Least $20,000