The future looks pretty bright for the Red Sox, especially thanks to one player who may be ready to become a star very soon.

Infielder Xander Bogaerts has been a top prospect for some time, but as he begins to knock on the major league door, he’s starting to get more and more recognition. His impressive performance in Sunday’s MLB Futures Game in New York certainly doesn’t hurt, either.

Bogaerts was one of the best players on the field Sunday afternoon, standing out among a cast of future good big league players. While some of those players’ ceilings are still unknown or up for debate, the general consensus on Bogaerts is that he’s going to be a star. Some think he’s ready for the majors right now, and the way he continues to play only validates that.

On perhaps the biggest stage aside from the bigs, Bogaerts was fantastic Sunday. He had two hits, one off of highly touted Mets prospect Noah Syndergaard and fellow Red Sox prospect Anthony Ranaudo. Bogaerts also walked and scored by sliding around a tag at home plate following his hit off Ranaudo.

This performance didn’t come as much of a surprise to those who have watched Bogaerts ascend up the Boston farm system — he’s currently tearing up Triple-A Pawtucket. Bogaerts went a little bit farther in confirming those projections on Sunday.

Here’s a sampling of the reaction to Bogaert’s play on Sunday.

“Best Overall Player: Xander Bogaerts … Scouts didn?t need to watch the Futures Game to know that Red Sox shortstop Xander Bogaerts is a special talent. The game only reinforced Bogaerts? status as an elite prospect who could one day be in the discussion for an American League MVP award. … The way Bogaerts managed both his at-bats and his batting practice rounds were impressive. While several hitters started to swing for the fences and added a little extra uppercut to their swings, Bogaerts stayed within the approach that has made him the No. 4 prospect in baseball.”

“Bogaerts kept a professional approach to hitting, even in an All-Star Game format. He looks athletic, and I believe he has the ability to play shortstop for Boston in the near future.”

“Considering Brock Holt is currently playing third base with Stephen Drew injured and Jose Iglesias playing shortstop, there is potentially room for him. He’s just 20 and there’s no need to rush him, but he possesses a mature approach at the plate.” 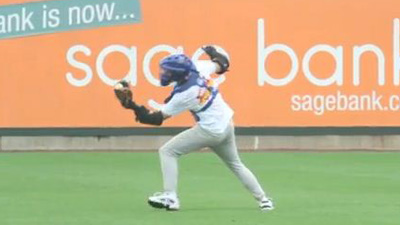