The 2013 Home Run Derby started off with a bang as defending champion Prince Fielder nailed a 415-foot bomb to center field on the first pitch. Fielder was knocked out before the second round, though, along with American League captain Robinson Cano and Pedro Alvarez. That left room for Chris Davis, Michael Cuddyer and David Wright to do work.

It was Athletics left fielder Yoenis Cespedes, somewhat of a sleeper pick, who came out of the gate hot, knocking 17 home runs in the first round. In the end it was Cespedes against the Nationals’ Bryce Harper for the title. Cespedes edged out the 20-year-old, hitting nine homers in the final round for a total of 32 homers on the night.

Check out some of the best moments from the Home Run Derby in the GIFs below.

Fielder started things off by hitting off the top of ESPN’s set.

Cespedes nailed the Chevy truck. He got to take that one home.

GIF via Bless You Boys

One young ball-shagger got drilled in the stomach by one of Harper’s hits. 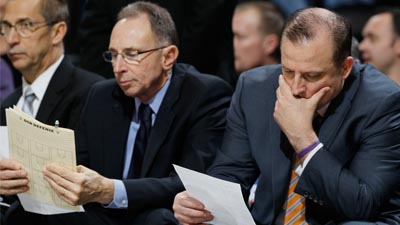