Hey, NBA teams that are supposed to be tanking: You’re doing it wrong.

The start of the regular season is almost three months away, but half the league was supposed to be falling over themselves for a spot in the cellar by now. The prize, as you have probably heard, is Andrew Wiggins, a once-in-a-generation talent and the consensus No. 1 overall pick in the 2014 NBA Draft. As a result, many have anticipated the 2013-14 season being an 82-game farce, with all but the top few elite giving an honest effort at competing night after night.

Such an approach may be sensible. It just hasn’t emerged as popular, at least not yet.

From the mid-tier to the worst of the worst, very few teams have positioned themselves to be all-out terrible this season. The most widely feared consequence of Wiggins’ impeding arrival was that every squad slated to fall anywhere lower than the third seed in either conference would intentionally plummet to the bottom of the standings, out of fear that giving an honest effort will net them a first-round loss to the likes of Miami or Oklahoma City, with nothing else to show for it. Rather than watching teams jostle for the fourth seed, we are being told to expect to see squads “resting” starters or “playing it safe” with injured rotation players far earlier in the season than usual.

Wiggins isn’t the only enticing talent in the class of 2014, after all. Jabari Parker is going to be a heck of a player, as is Marcus Smart. The usual batch of Kentucky one-and-doners will help fill out the top 10.

Instead of taking a dive, though, just about every club has engaged in moves this offseason that are at least partly defensible as honest attempts to improve. It might not be the wisest course, but that is what they have chosen. Here is the complete list of teams that have gotten appreciably worse on paper, by their choice, compared to last season:

To be sure, quite a few teams that stunk to begin with just haven’t gotten any better — the Suns, Kings and Raptors chief among them. Also, to be honest, the four highlighted above weren’t all that great, either. The Celtics bowed out in first round, albeit with a fight. The Bucks were the eighth seed with a sub-.500 record in a putrid Eastern Conference. The Jazz choked away the No. 8 spot in the West in the final two weeks. The Sixers were bad, traded away All-Star point guard Jrue Holiday, and now, they’re likely to be awful.

Meanwhile, several teams seemingly positioned to be part of the Wiggins sweepstakes made moves to improve their standings. The Cavaliers took a leveraged chance on Andrew Bynum. The Pistons snatched up Josh Smith and Brandon Jennings to lay a realistic claim to the Bucks’ playoff spot. The Pelicans dealt for Holiday and signed Tyreke Evans. The Bobcats signed Al Jefferson to a three-year deal, for some reason. Even the Blazers tried to improve their terrible bench production from last season by signing Mo Williams.

These aren’t the moves of a league jostling for lottery position. These are moves by teams who actually think they will be able to compete for something other than also-ran status. How quaint.

One of three things is happening here. One, all these general managers are misguided and are jeopardizing the long-term fates of their franchises, just to make it look like they’re doing something this summer. (What’s with that guilty look on your face, Joe Dumars?) Two, they don’t believe the 2014 draft is as deep as it’s made out to be — something Celtics president of basketball operations Danny Ainge has stressed, calling it “top-heavy.” If that is the case, ending up with the fourth pick could be as counter-productive as ending up with the fourth seed.

Three, perhaps the entire concept of draft picks as invaluable resources has been exaggerated, as SBNation’s Tom Ziller pondered earlier this week in response to a blog post by Mavericks owner Mark Cuban. The so-called “Presti model,” named in honor of Thunder G.M. Sam Presti‘s work to form Oklahoma City into a title contender through the draft, is riddled with as much blind luck as shrewd maneuvering. There were many points along the way when the model could have failed: Russell Westbrook refusing to accept a below-market deal, Serge Ibaka failing to make the gradual improvements he has made each year, the Trail Blazers drafting Kevin Durant rather than Greg Oden in 2007, or the SuperSonics winning the draft lottery that year and taking Oden at No. 1, as everyone else would have done. James Harden‘s departure underscored just how tenuous the model is in small-market OKC.

Understanding this, a proven NBA player is always a surer bet than a draft pick of uncertain position in a draft of debatable depth. It may not be the better bet, but it is the surer one. No matter what Jefferson does in Charlotte, he won’t be the next Michael Olowokandi. The same cannot be said for, say, Willie Cauley-Stein.

Sometime around mid-February of next year, the NBA’s leaguewide tank-off will go into action. Any team that does not have a realistic shot at a playoff spot — and even some who do — will begin selling off good players and benching starters in a three-month race to the bottom.

Judging by the way most teams are operating right now, though, worries about leaguewide tanking going into effect prematurely appear to be overblown. Dumb as they may be, it appears the majority of the teams are giving an actual, honest effort at getting better heading into the new year. What a novel concept.

Report: NHL to Take Over Devils With Organization in $230 Million of Debt 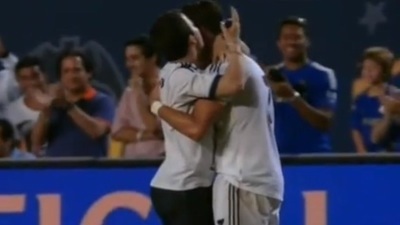