Charlie Manuel Displays Class in Wake of Being Fired, Asks Fans to Keep Rooting for Phillies - NESN.com Skip to content Charlie Manuel was never supposed to have survived in Philadelphia, professionally speaking.

He was a Japanese league superstar who made his (small) mark as a major league player serving as a pinch hitter. He spoke with a West Virginia drawl in a city where the ability to talk fast and slick is only slightly less important to a person’s success than being a local. And he was mocked from the get-go.

Philly is sometimes jokingly referred to as “The World’s Biggest High School,” partly because everyone seems to be connected through a cousin’s landlord’s nephew’s ex-girlfriend, but also partly because, when a stuttering manager with no All-Star chops as a player walks through the door, a disproportionate number of adults immediately revert back into petty, juvenile Heathers.

But Manuel won, and in the process won over the fans. The outpouring of support, sadness and anger after the Phillies announced his firing on Friday was overwhelming. Fans who waited 25 long years between the Sixers’ NBA title in 1983 and the Phillies’ World Series championship in 2008 uttered a collective “thank you.” Beat writers who had hung out with Manuel nearly every day for nine years reflected on their favorite stories.

One of the best of those stories came from Rich Hofmann of the Philadelphia Daily News. One day, during the 2009 National League Championship Series between Manuel’s Phillies and Joe Torre‘s Dodgers, Hofmann tracked down the Phillies skipper to ask about the one — and only — game in which Manuel and Torre ever shared the field as players. Hofmann wasn’t sure Manuel would remember the game. He did — down to Tom Seaver, the pitcher on the mound when Manuel came in to pinch hit.

At a joint press conference with general manager Ruben Amaro on Friday to announce his firing, Manuel was given every opportunity to blast away at the fans who condemned him early on, the players who failed to perform up to expectations this season or the organization that saddled him with a flawed roster. It was his forum. It was his moment.

Instead, when asked what final message he’d like to give to the fans, Manuel implored them to keep rooting for the Phillies, just as he will. Then he thanked the people who had just fired him, because of course he would. That’s Charlie.

“I want to thank everybody in the Phillies organization for giving me the chance and for staying with me,” Manuel said. “I cannot explain to you what the last nine years, or 8 1/2 years, has meant to me. I’ve had some of the greatest times I’ve ever had in my life. Philadelphia has been the highlight of my career. I love everything about the fans, the city. I’ve talked Phillie baseball everywhere I go. I want everything to go out on a very positive attitude and note.

“What else can I say? The only thing I can say I’m mad about is that they took the best seat in the house away from me.” Patriots Are Still in ‘Growing Stage,’ Have Lots of Work to Do, According to Bill Belichick 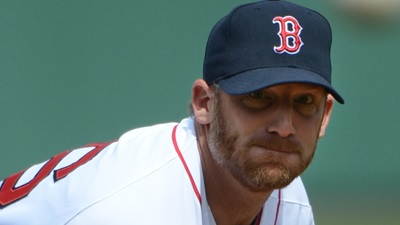