Are you reading this, Manti Te’o?

In what certainly sounds like a classic Catfish scenario, a young attractive cheerleader and a young attractive football star met on social media and started a relationship without ever officially meeting. But this story — unlike Mr. Te’o’s — has a happy ending, as current Dallas Cowboys cheerleader Jordan Daigle (who was also a former TCU cheerleader) and Oklahoma State’s Zach Craig — who met on Twitter — are “Facebook official” as of May, according to Tulsa World.

That’s right, Daigle met her Craig after noticing him on TV during a game and following him on Twitter. Craig was serving as special teams captain for the 2012 Bedlam with Oklahoma and Daigle, who goes by Jordan Elizabeth, happened to be watching the game on ESPN.

“It was a really good game and it was going into overtime,” said Daigle. “And I remember this cute blond kid walked out to do the coin toss. I looked at my friend, and I was like, ‘That guy is really cute.'”

At first, Craig was skeptical and even asked his sister if someone was playing a joke oh him when Daigle began chatting with him on the Twittersphere. When Craig traveled to Dallas to compete in the Heart of Dallas bowl on New Year’s Day, the two decided to meet up for pizza. It was the first time they officially met. Five months later, the two become a couple and Jordan re-made her Dallas Cowboys cheer squad.

Check out her photos below, via her Facebook page. 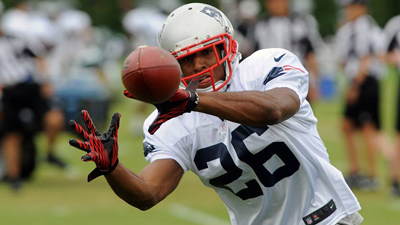