Don Orsillo Shares Picture of Younger Self, Vin Scully in Looking Ahead to Dodgers Series (Photo) - NESN.com Skip to content

Vin Scully has been giving a slap on the back to up-and-coming young bucks in baseball for years — including when Don Orsillo was cracking into the broadcasting business years ago.

In anticipation of this weekend’s Red Sox-Dodgers series in Los Angeles, Don tweeted a photo of himself and Scully, presumably from one of their first meetings. Scully doesn’t look all that different, but Don is — well, let’s just say he’s a good bit younger, and there’s no room for Jerry Remy to start making hair jokes here.

Scully just announced that he plans to be in the booth for the Dodgers next season, ensuring that he and Don will be rubbing shoulders for a bit longer if the scheduling permits.

While Scully is the gold standard in the business, Don did beat him to the punch when it came to using Twitter. Scully had a little trouble getting a handle (pun!) on the medium earlier this year, but he’s since live-tweeted games and seems to be enjoying the Twitter world just as much as the other interesting niches of baseball. 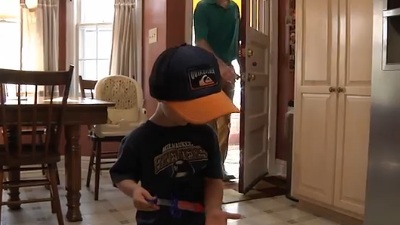 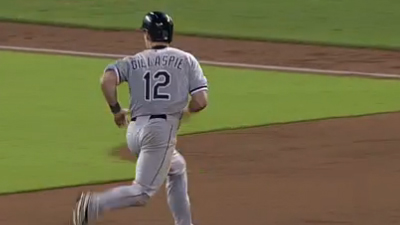 Hawk Harrelson Confused by Home Run, Doesn’t Know If He Can Put It on the Board (Video)