In this day and age, it is rare for an NBA player to spend the entirety of his career with one team. Whether it be the lure of a higher-paying contract, the desire to play for a championship-contending team, or just being sent off to another team against your will, NBA players usually make a few stops around the league before hanging up their jerseys for good.

Paul Pierce was nearly one of the outliers in this situation, as the forward had spent his entire 15-year  career with the Boston Celtics before being traded to the Brooklyn Nets. Now, Pierce is just a couple of months away from slipping on a jersey other than the Celtics’ for the first time in his career.

Another former Celtic is extremely familiar with the position Pierce has found himself in. Robert Parish spent 14 years with the Celtics, winning three NBA championships before joining the Charlotte Hornets late in his career. Parish said he was happy that Pierce and Kevin Garnett were sent to a place where they could contend for a title but acknowledged that it still will not be easy for Pierce to take the court for another team.

?Just accept the fact that it is going to be awkward initially. That?s all,” Parish told The Sporting News. “Because he has worn the Celtics green for so long and it is going to be really awkward for him. But it was time for a change and what I do like about what the Celtics did for Pierce and Garnett, they didn?t send them somewhere to another situation that is not going to be successful. They sent them someplace where they are going to win. Garnett and Pierce have earned that right.?

Parish said he understands the move Danny Ainge made in sending the veterans to Brooklyn. He recalls a similar situation with himself, Larry Bird and Kevin McHale in the 1990s. Instead of breaking up the core three to get younger, Celtics ownership allowed them to grow old together on the court. While keeping Parish, Bird and McHale together appealed to the fan base, it ultimately crippled the Celtics organization for the rest of the ’90s.

?Well, they started over early rather than later,? Parish said. ?They got draft picks. When I saw it, I said to myself, Garnett and Pierce had a year or two left, so Danny and the staff broke up the team early as opposed to waiting for another two years for Garnett and Pierce to retire. I think Danny has learned from past experience, from what happened to the Celtics before. They realize they need to get a head start on the transition for what they?re going through.?

So, as the Celtics begin their rebuilding phase, Pierce joins a championship race. But even though he’ll be suiting up in black and white for the upcoming season, Pierce will forever be remembered as No. 34 for the Boston Celtics. 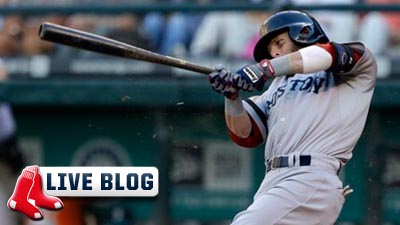