Allowing 10 baserunners over six innings, it wasn’t John Lackey‘s prettiest outing of the season. On a night when the Red Sox were blanked by the Houston Astros, it wasn’t even enough for the win. However, it was enough to earn Lackey the Amica Pitcher of the Week.

The Red Sox traveled to Houston for their first trip to play the Astros since the former Colt .45s entered the American League this season. Boston ended up taking two of three from the lowly Astros, but on Monday the team just couldn’t figure out rookie starter Brett Oberholtzer during Monday’s series opener.

For his part, Lackey wasn’t dominant on the mound, eventually being saddled with the loss. The right-hander gave up eight hits and two walks over six innings, but struck out 10 and allowed Houston just two runs. In baseball parlance, that’s called “limiting the damage.”

In a lot of ways, Lackey’s performance was indicative of what he’s done all season. He’s been the beneficiary of a bit of good luck keeping his ERA down, but after the bad luck he endured during his first seasons in Boston, it’s about time he had some in his favor. 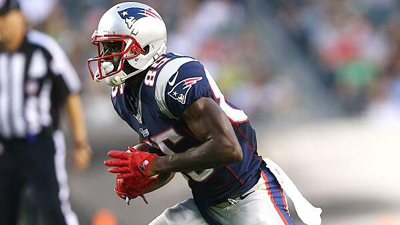 Ken Griffey Jr. to Be Inducted Into Mariners Hall of Fame on Saturday