FOXBORO, Mass. — The Patriots made a few roster moves before taking the field on Friday.

The Patriots signed offensive linemen Luke Patterson and Brice Schwab to add depth to a battered offensive line. The team also announced the release of defensive lineman Travis Chappelear, who was signed on Thursday, and long snapper Mike Zupancic.

There was a need on the offensive line, especially with the workload in training camp, as third-year guard Marcus Cannon was absent at practice on Thursday and veteran guard Dan Connolly has been limited throughout camp thus far.  Patterson, 25, spent parts of the 2011 and 2012 seasons with the Kansas City Chiefs after coming out of Texas A&M.

Schwab, an undrafted rookie from Arizona State, spent the spring with the Tampa Bay Buccaneers but was released on July 31 after a few days in camp.

The decision to release Zupancic bodes well for long snapper Danny Aiken, who has been the team’s primary long snapper for each of the past two seasons. 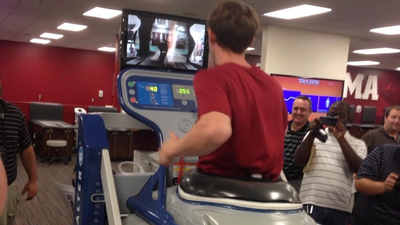