Ricky Nolasco completely shut down the Red Sox’ offense for eight innings before handing the ball to Jansen, and the Dodgers move to 46-10 over their last 56 games with a 2-0 win.

Hanley Ramirez provided the game’s only offense. He drilled a two-run homer over the center field fence in the fourth inning, and that was enough for the Dodgers to overcome an otherwise excellent performance by John Lackey.

There were only five hits total in Friday’s game, and there wasn’t a single walk. It added up to a game that took just two hours and seven minutes to complete.

Jon Lester and Hyun-Jin Ryu will square off Saturday. The game’s first pitch is scheduled for 4:05 p.m. ET.

Lackey tossed a 1-2-3 eighth inning, and his mistake to Hanley Ramirez back in the fourth inning remains the difference.

Dodgers closer Kenley Jansen will take over in the ninth inning after a fantastic outing by Ricky Nolasco. Jansen will face Mike Carp (who will pinch-hit for Lackey), Jacoby Ellsbury and Shane Victorino.

Nolasco took care of Daniel Nava, Stephen Drew and Will Middlebrooks in order in the eighth inning. The Red Sox are now three outs away from being shut out.

Drew threatened to add his second hit in the eighth inning, but second baseman Mark Ellis made a very nice play. Ellis ranged up the middle and made a backhanded stop before throwing out Drew at first.

John Lackey will come back out for the eighth inning. He’s been excellent amid Boston’s offensive struggles in this game.

Ramirez, who is responsible for Los Angeles’ two runs, got a first-pitch fastball from Lackey. He couldn’t send this one over the fence, though. Instead, he popped it up into right field.

Andre Ethier struck out swinging for the second out, and Juan Uribe grounded out to end the inning.

Rick Nolasco will come back out for the eighth inning with his pitch count sitting at 89.

Mid 7th, Dodgers 2-0: Ricky Nolasco has been in total control.

Nolasco tossed another perfect inning in the seventh, and he has surrendered just two hits so far.

Dustin Pedroia grounded out, David Ortiz flied out and Jarrod Saltalamacchia struck out.

This game is really flying by. One reason is the lack of walks. Neither starter has issued a free pass.

End 6th, Dodgers 2-0: Carl Crawford is having a nice night against his former team.

Crawford picked up his second hit in the sixth inning, and he later swiped second base. Crawford now has 13 steals this season.

The Dodgers couldn’t cash in on Crawford’s efforts, though.

Yasiel Puig got under one and flied out to right field. Adrian Gonzalez made solid contact, but it was right at Daniel Nava in left field.

The Red Sox will send Dustin Pedroia, David Ortiz and Jarrod Saltalamacchia to the plate in the seventh inning as they try to finally crack Ricky Nolasco.

Nolasco struck out John Lackey to begin the sixth inning. Then, he took care of Jacoby Ellsbury and Shane Victorino.

Ellsbury grounded out to second base, and Victorino, who struck out in his two previous at-bats, lifted a routine fly ball down the right field line.

Juan Uribe grounded to second base and Mark Ellis flied out to left field. Lackey then struck out Tim Federowicz to end the inning.

Lackey has essentially made one mistake thus far; a fastball to Hanley Ramirez that caught too much of the outside corner. It could prove costly, as the Red Sox’ offense hasn’t been able to generate anything.

Mid 5th, Dodgers 2-0: The Red Sox had a chance to do some damage until a big double play got Ricky Nolasco out of the inning unscathed.

Jarrod Saltalamacchia led off the inning with a loud out. He drilled a hard line drive to the left side, but third baseman Juan Uribe was positioned perfectly to make the catch.

Daniel Nava got plunked with one down, and Stephen Drew yanked a single through the right side to really get something going.

Will Middlebrooks ended the inning and the threat by grounding into a 5-4-3 double play. Middlebrooks put good wood on the ball, but it was right at Uribe.

Hanley Ramirez gave Los Angeles a 2-0 lead with a two-run shot over the center field fence with two outs. It was Ramirez’s 13th home run of the season.

Carl Crawford started the fourth inning with a single into right field. He stole second base three batters later, although it didn’t matter given where Ramirez’s ball landed.

Before Ramirez’s homer, Yasiel Puig popped out to second base and Adrian Gonzalez flied out to right field. Gonzalez’s shot looked like it had a chance to get into the gap, but Shane Victorino raced back to make the grab just in front of the warning track.

Stephen Drew made an excellent defensive play to end the inning. Andre Ethier hit a ground ball into the hole, and Drew ranged over to make a backhanded play. Drew then fired to first base on the run, and his throw just beat Ethier. David Ortiz deserves credit for a very good stretch at first base as well.

Ricky Nolasco once again shut down the Red Sox in the fourth inning. Shane Victorino, Dustin Pedroia and David Ortiz failed to get anything going.

Victorino began the inning by striking out for the second time. Nolasco — just as he did the first time around — got Victorino to chase a pitch down and away.

Pedroia then hit a sharp grounder to Adrian Gonzalez at first base. Gonzalez made a nice stop and won a footrace to the bag for the second out.

Ortiz lifted a routine fly ball to left field to end the inning.

Lackey has needed just 29 pitches to get through the first three innings, and both starters are off to excellent starts.

Lackey has had success against the Dodgers in the past. He entered the game with a 5-2 record and 1.89 ERA in 10 career appearances (nine starts) against Los Angeles.

Will Middlebrooks and John Lackey both struck out to begin the third inning. Middlebrooks went down looking at a pitch on the corner, and Lackey swung through a good-looking slider.

Jacoby Ellsbury ended the inning by grounding down to first base.

End 2nd, 0-0: Both starters have gotten off to strong starts.

John Lackey spun another perfect inning in the second. Hanley Ramirez, Andre Ethier and Juan Uribe went down in order.

Ramirez and Ethier both flied out, and Uribe grounded to short to end the inning.

Ramirez and Ortiz appeared to share a moment as Ramirez lined out to right field. The former teammates have remained good friends over the years.

Mid 2nd, 0-0: Rick Nolasco made quick work of the Red Sox in the second inning.

Jarrod Saltalamacchia, Daniel Nava and Stephen Drew all went down in order against Nolasco, who has really given the Dodgers’ back end of the rotation a boost since arriving via trade.

Saltalamacchia and Drew both flied out to center, and Nava grounded to Hanley Ramirez at short.

Lackey retired the side in order, striking out two hitters in the process.

Carl Crawford led off with a line drive to center field that Jacoby Ellsbury hauled in, and Lackey fanned the next two.

Yasiel Puig was Lackey’s first strikeout victim and old friend Adrian Gonzalez was the second to go down by way of the K.

Dustin Pedroia singled into left field with two outs, but Nolasco got David Ortiz to ground into the shift to end the inning.

Jacoby Ellsbury has been tearing it up in interleague play this season. He has hit safely in all 15 of Boston’s interleague games before this one, hitting .438 (28-for-64) in that span. He grounded out to third base in the first inning.

Shane Victorino struck out for the inning’s second out. He waved at a pitch out of the strike zone low and away.

9:34 p.m.: As you’d expect, the players involved in last August’s megadeal were very popular amongst the media leading up to this series. Everyone wanted to know their thoughts going into the big three-game series against their former team.

Carl Crawford, who has been very outspoken about how miserable he was in Boston, just keeps piling on. Crawford said that his time with the Red Sox was a “bad experience” and that he really wants to beat his former club this weekend.

Josh Beckett, meanwhile, thinks that the criticism he received near the end of his Boston tenure got “too personal.” He did, however, make it clear that he had a good relationship with his former teammates.

Adrian Gonzalez admitted that the Red Sox underperformed while he was in Boston. He said that he expected the club to bounce back like it has, though.

9:06 p.m.: This is the Red Sox’ first and only series against the Dodgers this season.

The Red Sox actually swept the last series between these two teams. Boston took all three games against Los Angeles at Fenway Park back in 2010.

Check out BostonFanFavorites.com to see how the two teams compare this season.

8:10 p.m.: David Ortiz has been battling some “general soreness” during this West Coast swing, but he’ll be in the starting lineup at first base.

Jonny Gomes is out of the lineup with a right-hander toeing the rubber for Los Angeles. Xander Bogaerts will also begin Friday’s game on the bench, marking the third time in four games that he’s done so.

8 a.m. ET: It’s time for one of the Red Sox’ most anticipated series of the season.

The Red Sox and Dodgers will square off for three games in Los Angeles, marking the first time that the two teams have crossed paths since last August’s megadeal involving Adrian Gonzalez, Carl Crawford, Josh Beckett and Nick Punto.

The trade connection was enough reason to circle this series on the schedule, but the most intriguing aspect of this weekend is the overall success of both teams. One year after the monster trade, the Red Sox and Dodgers are both in first place, making it entirely possible that the series is a World Series preview.

But let’s not get too far ahead of ourselves. Instead, the Red Sox must focus solely on this series. They’re catching a break in that they don’t have to face either Clayton Kershaw or Zack Greinke, but the Dodgers are the hottest team in baseball right now. You could argue that they’re also the best team in baseball. The Sox need to prepare for a dogfight.

You’ll have to stay up late to catch Friday’s action. The first pitch is scheduled for 10:10 p.m. John Lackey is going up against Ricky Nolasco in the series opener, which you can catch on NESN. 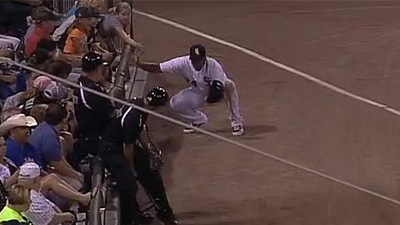 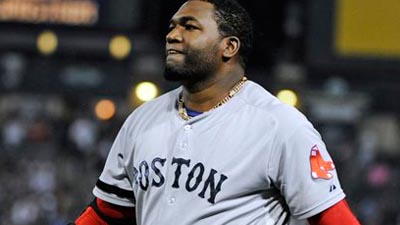