Report: Red Sox Not Interested in Mark Reynolds, Who Was Recently Designated for Assignment - NESN.com Skip to content

One of the Red Sox’ biggest storylines right now is their third base situation. Don’t expect Mark Reynolds to become a part of it.

According to The Boston Globe’s Nick Cafardo, the Red Sox are not interested in Reynolds, who was just designated for assignment by the Indians.

Reynolds, who has split time between third base and first base with Cleveland this season, is a classic all-or-nothing slugger. The 30-year-old has three 30-home run seasons to his credit. That includes a career-high 44 bombs in 2009, when he was a member of the Diamondbacks. Reynolds also strikes out quite frequently, though, as he led the league in K’s for four straight seasons from 2008 to 2011.

Reynolds is hitting .215 with 15 home runs and 48 RBIs in 99 games with the Indians this season. He’s also had some defensive struggles, which contributed to him being designated for assignment this past week. 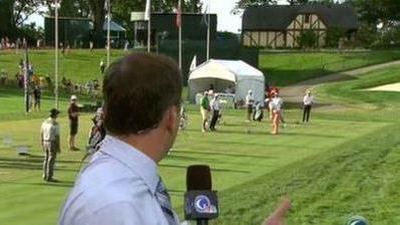 Will Middlebrooks Recalled from Pawtucket to Start at Third, Mike Carp Returns to Lineup Against Surging Royals