It is usually pretty easy to spot Rickie Fowler out on the course in his bright, colorful outfits, but spectators at The Barclays on Sunday afternoon may have been seeing double.

Both sponsored by Puma, Jonas Blixt and Fowler had discussed donning matching outfits if they were ever paired together in a final round, and they finally got their chance to be twins at Liberty National.

?We had talked about it before,? Fowler said Sunday on the Golf Channel, ?it was just whether or not he was gonna man up and do it today. But we pulled it off.?

The only hitch they had to overcome was time. After Puma reportedly couldn’t ship Fowler’s signature orange ensemble to Blixt before their 1 p.m. tee time, Fowler swooped in and saved the day. He had an extra pair of orange pants and an orange shirt that he left in Blixt’s locker.

?I just think I look a little better in orange than him,? Blixt said, ?so I just wanted to prove it today.?

Check out photos of the most vibrant pairing at The Barclays below. 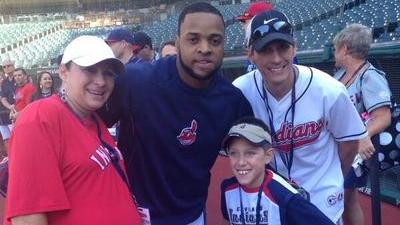