This year, Rory McIlroy has struggled, been bashed by British tabloids and broken his clubs out of frustration. Despite his rocky year, he does have one thing working well — his house.

McIlroy opened his doors, MTV Cribs-style, for PGATour.com, and his home did not disappoint. The Irish golfer made this modern house his home once he began playing in the United States more frequently. Its rooms are open with incredible views, far enough away from the golf course for McIlroy to relax.

The cameras even follow McIlroy into his trophy room, which is only partially filled. The room serves as motivation to fill the empty shelves but also as a reminder that he is “actually pretty good at this.”

Check out McIlroy’s humble abode in the video below.

Alfonzo Dennard, Ras-I Dowling’s Injuries Concerning, But Might Be Beneficial for Patriots’ Cornerbacks 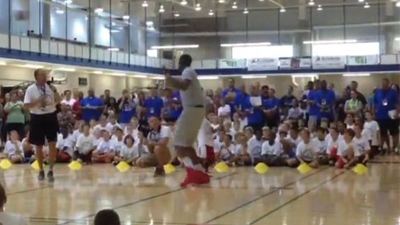