Late in the fourth quarter on Thursday night, fans inside Ford Field in Detroit could be heard chanting “Tebow!”, hoping to get a glimpse of the Patriots’ third-string quarterback in action. They left disappointed.

Tim Tebow didn’t see the field of play on Thursday night, instead being relegated to the sideline, where he watched Tom Brady and Ryan Mallett struggle to lead scoring drives against a stingy Lions defense. The popular backup quarterback didn’t express any anger or resentment over not playing in the game, though, according to ESPN Boston.

“You just prepare, and whatever you’re asked to do, you do at 100 percent, with everything you have,” Tebow said when asked about not playing. “You want everything to go well, but it’s not. There are going to be ups and downs. That’s what life is, and you just have to handle them as best as you possibly can.”

Tebow hasn’t impressed anyone while leading the Patriots’ offense so far this preseason. He’s just 5 of 17 passing for 54 yards, which includes a 1-for-7 performance for -1 yards against the Buccaneers last week. His talent shows up every once in a while during practices, where he’d elicit some “oohs” and “aahs” from fans on the practice field at Gillette Stadium.

Tebow said Thursday that his attention remains on those who are playing, not the fans.

“You try not to pay attention and focus on the plays, and learning, and what they’re doing,” Tebow said. “You try to get a rep every single time. You might not be on the field, but you can still get a rep.”

The Patriots will have to make a first round of cuts, trimming the roster down to 75 players, by next Tuesday. It’s unlikely that Tebow would be among those initial cuts, but, after being completely bypassed on the field Thursday, he can’t be too confident about it, either. 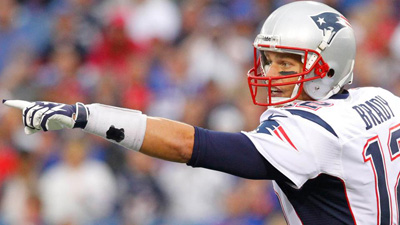