The third-string quarterback was forced into action with 1:22 left in the first half after Ryan Mallett got drilled by Emmanuel Acho. Mallett was deemed “questionable” with a head injury, though he told the media after the game he got hit in the chest, which is what it looked like on television.

Tebow completed four passes on 12 attempts for 55 yards. There were throws that both intentionally and unintentionally were thrown in the dirt, there were passes that sailed and passes that didn’t quite hit the dirt, but were not thrown far enough anyway. Tebow had his moments, but they were few and far between in his debut with the Patriots.

Tebow’s best moments were on the plays that were specially set up for him. He ran the ball four times for 31 yards, but perhaps his most embarrassing play of the day came on an option where he was well past the line of scrimmage, yet still tried to lateral the ball forward to Kamar Aiken.

Obviously, it’s still early. There are three preseason games left and nearly a month until the Patriots’ first real game of the season. But if this kind of performance continues, there’s no use for Tebow on the Patriots.

Tebow was likely brought in to New England as a last gasp effort to try to fix him. Josh McDaniels was part of the team that brought Tebow to the Broncos as a first-round pick in 2010. Now, McDaniels is likely seeing if he can find the magic he saw out of Tebow at Florida.

And while it’s fine and good to set up some special plays for Tebow that serve his strengths, it’s obvious (to this point) that Tebow will have some major problems with the rest of the playbook. Tebow takes far too long in the pocket and can’t get beyond his first read. When Brandon Bolden couldn’t get open on a screen pass, Tebow chucked the ball into the dirt despite having a clean pocket.

On another play, Tebow was safe, but panicked, spun out of the pocket and got drilled by three defenders. Bill Belichick heaped a lot of praise on his running backs when he was asked about the crew after the game. But when the topic turned to Tebow, the head coach hemmed, hawed and said the quarterback did some things well and there are things he still needs to work on.

Stevan Ridley on the other hand, had loads of praise for Tebow, saying he hopes he makes the team. He said he brings something new to the team. That’s certainly true. But “something new” in an offense with Tom Brady probably isn’t a good thing.

Now, to be fair to Tebow, Mallett didn’t exactly set the world on fire either in his quarter and a half on the field. Mallett was 9-of-18 and struggled with his touch on numerous throws. Mallett has a big arm, but can struggle with accuracy from time to time and has never fully shown what was supposed to make him a first-round pick before off-field trouble made him fall to the third round.

While the team may be in trouble regardless if Brady can’t play, changing the playbook for Tebow isn’t the answer as a backup option if Mallett can ever be traded. This team is set up to play under Brady. And while the running game is certainly strong, having Tebow around would only complicate things if Mallett ever does have to take valuable snaps.

There’s still time for Tebow to improve, but Friday night’s debut was a rough one. 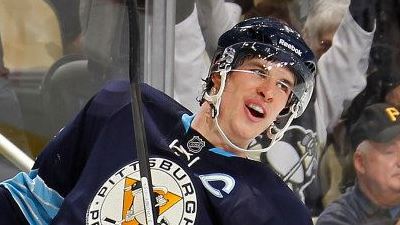 Sidney Crosby Gets Ushered to Front of Line at Pittsburgh DMV, Angers Some Locals

Report: Alex Rodriguez Informed by Yankees He Will Be Disciplined for Second Doctor’s Opinion