The San Diego Padres were the latest stop on Mariano Rivera?s farewell tour, and the Yankees closer received another gift to add to his ever-growing collection Friday night.

With Rivera already amassing a chair made out of broken bats, a plane dedicated in his honor and a custom surfboard, the Padres were faced with the tough task of living up to the impressive gifts he?s already received, but San Diego had a secret weapon.

Prior to the series opener, former Padres closer Trevor Hoffman, whose save record Rivera broke in 2011, presented the 43-year-old with a customized Yankees beach cruiser bicycle on behalf of the entire Padres organization, so Rivera could ?live the San Diego lifestyle.”

The two greatest closers of all time gathered at home plate before Rivera?s first and final trip to Petco Park.  Check out a photo of the presentation below. 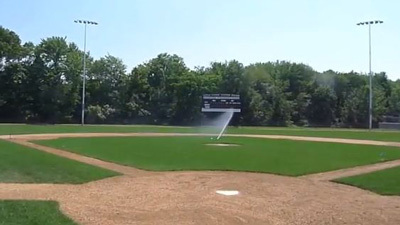