Bruins defenseman Zdeno Chara and Blackhawks forward Marian Hossa have a longstanding friendship that predated their meeting in this past spring’s Stanley Cup Final. However, both knew they would need to put their friendship aside for what was sure to be a grueling series between hockey’s two best teams.

“We know each other for many years, from back home,” Chara said of his fellow countryman at the Stanley Cup Final media day. “Obviously we cannot ignore that we know each other, we know the families. But we all know that right now our jobs are to play for our teams and do whatever it takes to win games.”

The Blackhawks ended up doing just a little bit more than the Bruins did and won the Cup in six games. In the moments after Boston’s shocking Game 6 loss, the two stars — who are neighbors — embraced at center ice.

Now that they’ve been allowed to go back to being friends, Chara and Hossa are spending some time together in the offseason. That included, apparently, hanging out during Hossa’s time with the Stanley Cup — in fact, that the two posed for a photo in front of the Cup together. Of course, there’s no reason for superstitious worrying, as Chara already hoisted the Cup himself in 2011.

See a photo of the two below, via Phil Pritchard a.k.a. the Keeper of the Cup. 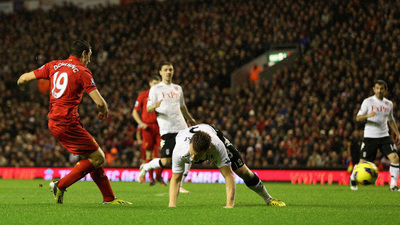