Few players’ values are as invariably overstated or understated as Avery Bradley‘s.

On one hand, he is a game-changing lockdown defender whose importance became clearer during his prolonged absences in the past two seasons. On the other hand, he is a poor ballhandler for a guard, a still-developing offensive player and an injury waiting to happen, if only due to the way he puts his 6-foot-2, 180-pound body on the line game after game.

For the first three years of his career, the debate over Bradley’s value was mostly academic. The former first-round pick earned a mere $1.6 million last season, a pittance for even an end-of-the-bench NBA veteran, never mind a starting two-guard. If Bradley’s limitations were problematic, at least they weren’t cost-restrictive for the Celtics.

The situation changes a bit after this season. Bradley is eligible to be a restricted free agent, with a qualifying offer more than $1 million above this year’s salary of roughly $2.5 million, according to ShamSports. As soon as the Celtics’ season ends, the argument over Bradley’s actual worth won’t just be an abstraction.

Keeping Bradley isn’t simply a matter of deciding whether he’s a “good” player. Any observer, even those who look askance at a player with point guard size who is incapable of bringing the ball up the court without trouble, agrees that Bradley is a better-than-average NBA player. The question is what price point his particular set of skills demands, and recent evidence suggests NBA teams are beginning to value defense-oriented players more highly — to an extent.

Nobody sang Bradley’s praises more loudly than the Celtics late in the 2012 playoffs and early in the 2012-13 regular season. With Bradley sidelined by shoulder issues, the Celtics struggled to find a defensive answer for Dwyane Wade in the Eastern Conference finals and sputtered out of the gate the following fall. Everyone from Doc Rivers to Kevin Garnett eagerly awaited Bradley’s return. It was only a small coincidence that the Celtics reeled off six wins in Bradley’s first seven games back.

The data, and the eye test, suggest Bradley took a step back in 2012-13, however. As much as the Celtics’ announcers raved over his improved jump shot, Bradley’s overall field goal percentage fell to 40.2 percent from 49.8 percent the previous year, while he went from hitting one out of every two shots from 10-15 feet to hitting only one out of every three from that range, according to HoopData. His 3-point shooting accuracy fell to 31.7 percent from 40.7 percent. Most worrisome, his accuracy on corner threes dropped to 34.7 percent last season from 55.6 percent (in an extremely small sample) in 2011-12.

These numbers aside, anyone could see Bradley’s difficulties at the other end of the court in the playoffs, when his most obvious skill, his on-ball defense, virtually disappeared. Raymond Felton made a mockery of the Celtics’ boast that Bradley was “the best ball-stopper in the league” by having his way with No. 0 in the pick and roll. With Jeff Green and Brandon Bass stepping up defensively on Carmelo Anthony, a fair argument could be made that the Celtics would have won their series against the Knicks if somebody, anybody, had been able to slow down Felton.

Thus 2013-14 is a crucial year for Bradley. He has to show the Celtics — or whichever teams would like to offer him a contract next summer — that he can not only resume his ball-hawking ways but that he has added to his offensive arsenal as well. Defense-first players like Paul George and Andre Iguodala have proven their worth, and Iguodala is working on his second lucrative contract extension, but they did so after also flashing signs of promise on offense. At the very least, Bradley needs to demonstrate some level of catch-and-shoot 3-point proficiency to get a contract on par with Thabo Sefolosha or Brandon Rush, who will each make about $4 million this season as pure “three-and-D” role players.

Complicating everything for the Celtics is Bradley’s popularity among their fans. Letting Bradley go, even for a prohibitive price, would not be well received. Celtics president of basketball operations Danny Ainge doesn’t care what those fans think, of course, but Wyc Grousbeck and Stephen Pagliuca do. Ainge is on thin ice among much of the rooting population for dealing away Paul Pierce and Garnett this summer, and he could ship out Rajon Rondo at some point this year. Losing Bradley as well could be the final straw that makes Bostonians stay away from TD Garden on Celtics game nights, and that’s not something ownership can tolerate for long.

None of this addresses the fluid yet crowded state of the Celtics’ backcourt. Jordan Crawford, also a restricted free agent in 2014, and MarShon Brooks, who has a team option for 2014-15, will be vying for time at shooting guard. Courtney Lee, a solid defensive player with fewer offensive limitations, is signed for another two years and more than $11 million beyond this season. How those three guards play will also determine where Bradley falls in the roster’s hierarchy.

By all indications, Bradley has worked hard this offseason to build up his body and his psyche for the challenges he will face this season. He has added bulk and has insisted the contract situation is far from his mind. But the decision looms for the Celtics, and by this time next year, we should finally have an idea of Bradley’s actual, not just theoretical, worth. 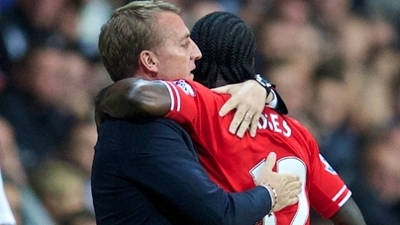