Former University of Vermont star Marqus Blakely found himself in the middle of an all-out brawl Wednesday in a game between two Philippine Basketball Association opponents.

While going for a rebound, Blakely (No. 23 in white, playing for San Mig Coffee) put Globoport’s Marvin Hayes in a headlock and took him to the ground. Apparently, Joe Devance, one of Blakely’s San Mig teammates, took offense to the anger that Hayes showed after being body slammed, and he (No. 38, with the Nerlens Noel-esque hairstyle) promptly sent the 6-foot-3 forward right back to the floor with a two-handed shove.

That’s when the real fun started, as Globoport’s Kelly Nabong and San Mig’s Marc Pingris began throwing haymakers at one another, with Nabong nearly thrusting his knee right into Pingris’ dome before referees were able to quell the chaos.

Check out the rumble for yourself in the video below, with a hat tip to The Big Lead. 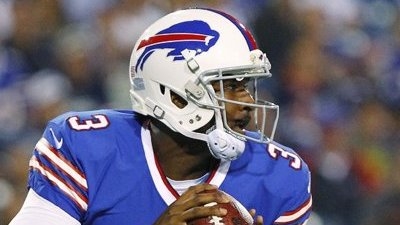