Russell Wilson and Colin Kaepernick wagered an eyebrow on Sunday night’s showdown in Seattle. After the Seahawks’ 29-3 win, it was time for Kaep to pay up.

The bet, a joke that originated from a Madden 25 commercial, suggested that the loser of the NFC West rivals matchup in Week 2 would have to shave off an eyebrow after the game. Well, if you believe everything you see, Kaepernick lived up to his side of the bet.

In a new Madden ad released on Monday, Kaepernick can be seen rubbing some shaving cream over his right eyebrow, at Wilson’s behest of course, and taking a razor to the brow. It seems there might be some trickery going on from the people over at EA, though, considering that Kaepernick was sporting a full grown beard during the 49ers’ loss on Sunday.

Either way, the spot shows the fun side of athletes you don’t always get to see. Check it out in the video below. 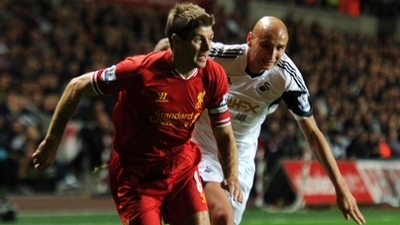 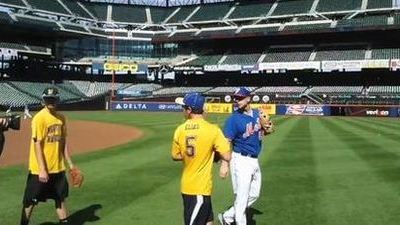