NFL players, especially wide receivers, have had a good amount of success on Dancing With the Stars, and former wideout Keyshawn Johnson will be the latest to try his luck on the wildly popular reality TV show.

The show will (somehow) kick off its 17th season soon, and Johnson will be one of the 12 fringe “stars” making an appearance on the show. In a who’s who of over-the-hill “stars,” Johnson leads the way. He last played a meaningful game of football in 2006 (not counting charity games played on beaches with flags), and he currently serves as an analyst for ESPN.

Fellow receivers Hines Ward and Donald Driver have won the competition before, as has Hall of Fame running back Emmitt Smith, according to Wikipedia.

Johnon’s credentials actually put him among the more accomplished members of the Season 17 cast. For instance, “singer” Christina Milian made the cut as well. The ABCNews.com story credits Milian as having “broke out in the music world with her hit ‘AM to PM.'” Of course, that song came out in 2001 (a Pro Bowl season for Johnson, by the way). That’s not to disparage Milian’s accomplishments, however, as she recently served as the social media correspondent for The Voice.

Nicole “Snooki” Polizzi, who achieved her fame and fortune by simply being so unbelievably obnoxious you couldn’t look away on Jersey Shore, is also on the cast. So that’s what we’re dealing with here.

Below is the rest of the “star-studded” cast, some of which you might recognize. Maybe. 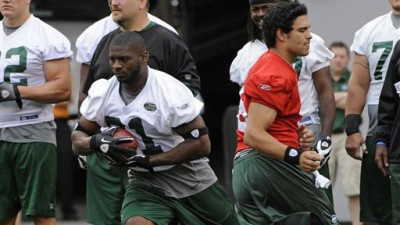